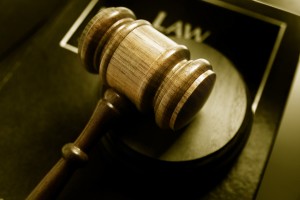 It’s not the first time nor will it be the last, but its always bad news: somebody thought they were being clever by falsifying documents in a direct, or peer to peer, repo transaction, leaving the cash provider bilked out of millions and the fraudster in jail. This has caused some real damage for the institutions involved. We dig into the details and offer suggestions for avoiding fraud in what otherwise is a market we appreciate and support.

On November 30, 2014, the Chicago Tribune reported that the Illinois Metropolitan Investment Fund (IMET) bought US$50 million in repo from First Farmers Financial, an Orlando, Florida based non-bank lender. The funds were invested from IMET’s Convenience Fund, effectively a money market account. The collateral were private loans supposedly guaranteed by the US Department of Agriculture (USDA), and First Farmers reported itself as a USDA approved lender. The actual repos were bought by Pennant Management of Milwaukee, an investment manager hired by IMET to help manage the Convenience Fund.

According to both the Chicago Tribune and a lawsuit filed by IMET, First Farmers Financial actually falsified loan documents to make them appear to have the USDA guarantee. There was never any such guarantee nor actually any loans, and First Farmers knowingly sold or repoed fake paper onwards. This is more than just a case of loans made but not backed by the USDA; the paperwork was entirely made up. Pennant found this out, much to their shock, by going to the USDA when the collateral was found to be worthless: “Pennant asked the USDA to honor the guarantee, but the agency has declined because the loans don’t exist on the agency’s books.” Pennant promptly sued, First Farmer’s founder was arrested, and assets have been seized to make up at least some of the US$50 million loss.

We read through one of the falsified loan documents that were offered as collateral for Pennant’s repo. We admit, it looks like a legitimate USDA backed loan. Here’s the link for those interested.

The lawsuit also names Kuber Capital as a defendant. According to Kuber Capital’s website, “Direct lenders and investors use our services to access projects around the globe. Whether you are a hard money lender, investment banker or projects financier, we can provide you deals matching your criteria.” This is very bad language for the legitimate direct or peer to peer repo and securities lending business.

So here we have a case of outright fraud in the direct lending space. What happened? A mid-size asset manager was defrauded by an entity allowed to make USDA loans but that counterfeited loan documents to act as repo collateral. Pennant provided cash, which went missing when the collateral was found to be worthless.

How can this be prevented in the future? The answers are transparent collateral and transparent counterparties. Any institution looking at a direct repo transaction will be asking for a lot more proof and due diligence going forward. Relying on the counterparty’s good word was never enough, and now it will really not be enough. The lesser name the counterparty and collateral, the more due diligence required. We expect that this case will be cited in the future as arguments against uncertain collateral anywhere. It may also hinder the growth of the direct repo industry in general. That’s too bad.

A Bloomberg article on the lawsuit is here.

Previous Post
What can the OFR securities financing data collection project be used for?
Next Post
Pirum RQV automation hits US$130 billion milestone