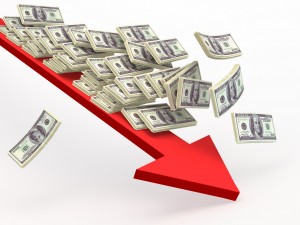 As fixed income liquidity dwindles, is it time to re-access repo haircut methodology?

A June 8th WSJ article “Bond-Market Volatility Triggers Alarms” by Christopher Wittall and Katy Burns on the prospect of a failed UK Gilt auction got us thinking about whether it is time to update repo haircuts.

Repo is ultimately all about liquidation risk. If there isn’t enough haircut to absorb adverse price movements in a default, money is lost. It seems like every day we are reading something about volatility and illiquidity in fixed income markets. It is making us wonder if haircuts are keeping up?

The WSJ article focused on the UK Gilts market and the chances of a failed auction. Difficult to trade secondary markets are bad enough, but should a government auction fail, it sends all sorts of bad signals about the market. Market volatility was the culprit. From the article:

“…’This higher-volatility environment is a concern,’ said Debt Management Office Chief Executive Robert Stheeman. ‘I wouldn’t be surprised if we had a failed bond auction at some point in the not-too-distant future.’”

“…Failure to sell all the U.K. bonds on offer wouldn’t necessarily mean buyers, mostly banks, are worried about financing the U.K. But it would reflect concerns about buying large amounts of bonds when prices are swinging wildly…”

Other markets are suffering the same problem. Corporate bond issuance has grown, but dealer inventories have shrunk.  More importantly, average trade size has fallen. The desire to keep inventories low means dealers can’t act as a shock absorber for markets in the way they once did. The result is more volatility and less market liquidity. According to research done by Oliver Randall, Assistant Professor of Finance at Emory University (in a blog post “How Often Do Dealers Immediately Unwind Customer Trades in the Inter-dealer Market?” dated November 6, 2013)

“…At the peak, dealers held around 4% of outstanding US corporate debt, but more recently that number is closer to 0.5%…” Blame for shrinking corporate bond liquidity has been placed on increased capital costs, stricter leverage regs, and the Volcker Rule. The wasting away of the single name CDS market makes hedging that much harder, creating a vicious cycle. We’ve been told that in emerging markets fixed income, dealers won’t make markets of more than a couple million. Everything else is done on order.

Illiquidity has spread to HQLA. Markets are moved on less volume. And the October 2014 “flash crash” is still fresh in everyone’s mind.

So is it time to update haircut methodology? Some markets can be volatile but still support enough liquidity to move positions around. S&P 500 equities might be a good example. The problem markets are those where market depth disappears when prices become volatile. We suspect the relationship between volatility and volume is nonlinear – for a given increase in volatility, liquidity falls by a multiple.

EM and Corporates liquidity (or, more to the point, lack thereof) is already in a crisis state. Have Treasuries followed? If that is the case, then repo haircuts may be too low, especially when a bank is funding a long-only or short-only portfolio. Could a dealer liquidate large portfolios and survive the kind of price moves seen on October 15? This kind of analysis involves a deep dive into how volume changes in a volatile market by asset class.

We are not limiting ourselves to bilateral repo trading here. Repo (and sec lending, too) increasingly is heading toward central clearing. CCP initial margin must take market depth into consideration.