A new BIS paper discusses the economics of how bitcoin achieves data immutability, and thus payment finality, via costly computations, also known as “proof-of-work”. Further, it explores what the future might hold for cryptocurrencies modeled on this type of consensus algorithm.

The conclusions are, first, that bitcoin counterfeiting via “double-spending” attacks is inherently profitable, making payment finality based on proof-of-work extremely expensive.

Second, the transaction market cannot generate an adequate level of “mining” income via fees as users free-ride on the fees of other transactions in a block and in the subsequent blockchain. Instead, newly minted bitcoins, known as block rewards, have made up the bulk of mining income to date.

Looking ahead, these two limitations imply that liquidity is set to fall dramatically as these block rewards are phased out. Simple calculations suggest that once block rewards are zero, it could take months before a bitcoin payment is final, unless new technologies are deployed to speed up payment finality. 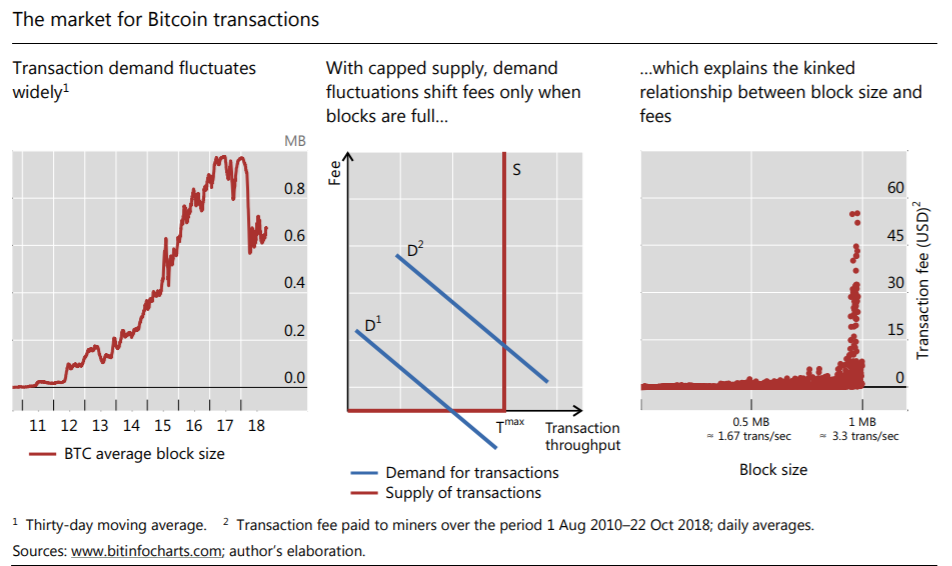 Second-layer solutions such as the Lightning Network might help, but the only fundamental remedy would be to depart from proof-of-work, which would probably require some form of social coordination or institutionalization.

In the long run, the value of cryptocurrencies might be to catalyze our thinking on how society can handle access to data and the right to edit it, a much-needed impulse at a time characterized by loss of privacy and the rise of technology-driven disinformation campaigns.