Central bank digital currencies (CBDCs) could ease current frictions in cross-border payments – and particularly so if central banks factor an international dimension into CBDC design from the outset. Based on a survey of 50 central banks in the first quarter of 2021, this paper explores initial thinking on the cross-border use of CBDCs.

While most central banks have yet to take a firm decision on issuing a CBDC, the survey responses show a tentative inclination towards allowing use of a future CBDC by tourists and other non-residents domestically. They have a cautious approach to allowing use of a CBDC beyond their own jurisdiction.

Concerns about the economic and monetary implications of cross-border CBDC use and about private sector global stablecoins are taken seriously. At the wholesale level, 28% of surveyed central banks are considering options to make CBDCs interoperable by forming multi-CBDC (mCBDC) arrangements. This involves arrangements that enhance compatibility, interlink or even integrate multiple CBDCs into a single payments system. Finally, almost 14% of respondents are considering an active role for the central bank in FX conversion. 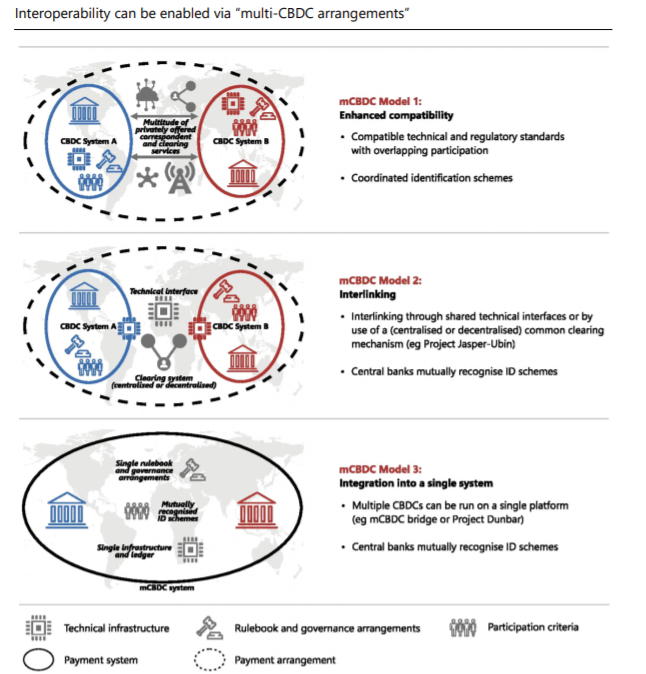