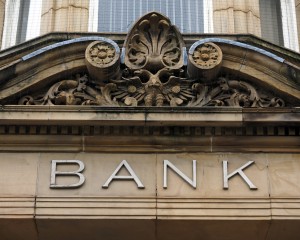 BNYM panel on the repo market: some interesting observations

Under “Current Observations and Potential Impacts to Markets”, the panel noted 4 issues:

The first three points highlight the amount of cash focused on the short end of the curve. Money market fund reform will create more demand for demand of HQLA. Investors required to keep cash investments short have compressed yields to pretty close to zero. And the Fed’s RRPs have provided a much needed source of collateral.

The last point – that raising cash in repo had gotten more expensive – seems to contradict the first three. Why are repo rates rising when it appears there is a lot of cash looking for a home? The answer seems to be in the disappearing balance sheet capacity of the broker/dealers and the friction that creates. On July 21st in a SFM post “New York Fed’s Liberty Street Economics: “Have Dealers’ Strategies in the GCF Repo© Market Changed?”” we looked at a Fed study on GCF activity by dealers associated with large Bank Holding Companies (BHCs), banks associated with small BHCs, and non-bank dealers. There was a fall off in activity at the start of 2013 for large BHC dealers that was not strategy related. Something else was going on – and we suspect it was a shift in the amount of balance sheet allocated to repo businesses. From the Fed blog:

“…Since we do not observe a change in the propensity of dealers to receive cash or to deliver cash over the sample period, it seems that the downward trend in net activity is due to reduced activity rather than a change in dealers’ strategies…”

Another explanation is that the Fed’s RRPs are crowding out the repo dealers, forcing them to pay higher rates to raise cash. In our opinion, this is less convincing.

There was a chart that also told an interesting story. Could the widening spread between UST Repo bids and Agency repo offers be indicative that repo dealers need to get paid more to use their balance sheet? We wonder what this chart looks like simply comparing bid and offer for the same type of collateral?

“…There is a significant need for non-cash, balance sheet neutral trades. The non-cash balances in the U.S. government book (and overall) has grown more than 13% over the last 12 months due to “non-cash upgrade trades”. We anticipate that the non-cash component of BNY Mellon’s book will continue to grow…”

Are these the elusive collateral transformation trades to source HQLA for CCP initial margin starting to kick in?