Our weekly list of announcements about how capital markets and regulators are engaging with digital assets.

Barclays is no longer working with cryptocurrency exchange Coinbase, industry sources told CoinDesk.  Coinbase’s new relationship with ClearBank, a UK-based challenger bank, is expected to restore full services by Q3. Barclays, ClearBank and Coinbase all declined to comment. Companies that handle cryptocurrency have a tough time getting banking partners. Word on the street is that Barclays got cold feet about crypto clients; people have varying opinions on why this might be the case, but nobody knows for sure.

“It is my understanding that Barclays’ risk appetite has contracted a little – I’m not sure exactly why or what’s been driving that, maybe there has been some activity they are not happy with. But it’s about Barclays’ comfort level with crypto as a whole,” said the CEO of a UK crypto company who chose to remain nameless. Another source described the Coinbase-Barclays relationship as a pilot program that has simply run its course.

Relex Development, a regional center for digital transformation, announced that it will sign an agreement with the Belarusian Currency and Stock Exchange. The agreement will expand the exchange by creating a digital and conventional exchange using fintech and investech Relex initiatives, designed to link modern digital techniques, initiatives, and technologies to the specific opportunities and interests of countries, territories, and cities.

The digital transformation of the stock exchange and other partners will facilitate more efficiency with investments. It will allow for a more governed investment flow between participating institutional investors and individual investors alike. This should bring greater transparency, as well as allow for ease of investments from both a traditional stock and a digital asset basis.

“All the old infrastructure of the country’s financial and economic mechanisms are due for a systemic change. This involves banks and individual deposits, securities and corporate bond market, as well as the construction of building new open modules with deeper integration than is currently the case. Furthermore, what is developed on an open-source basis in Belarus will be available for adoption in partner countries, acting as an independent entity node in their respective countries. A change of this magnitude has never been done before,” said Keith Hilden, Chairman and Founder of Relex.

The financial sector has been one of the quickest to invest in blockchain, with over 150 deals completed by the most active investors in this field (out of a total 268 in Q1 2019). Not only does fintech attract a lot of investors but also the investors are ready to back the startups with substantial amounts. Traditional financial services was a distant fourth with 20 deals. 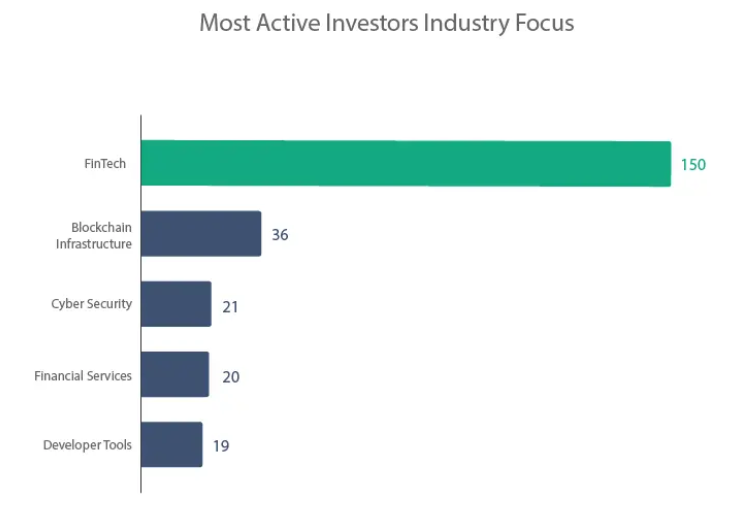 Later stage VC investment peaked in 2018 to $289 million, which is taken to mean that the major investment funds and institutions are interested in the field.

To compare, the median deal size of the later stage VC-backed IT companies amounted to $11.5 million in 2018, according to Statista. This data shows that the average deal amount is increasing at all stages during the period under observation. 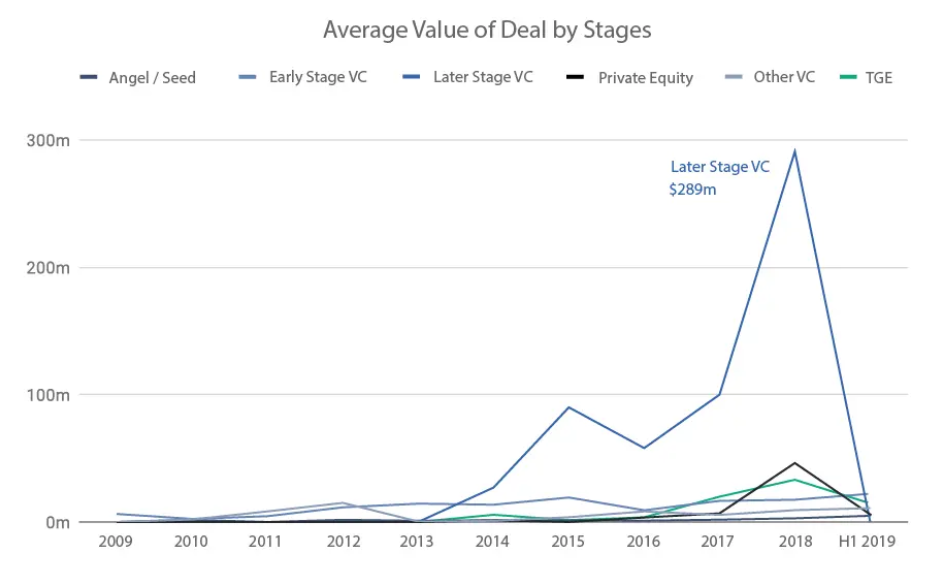 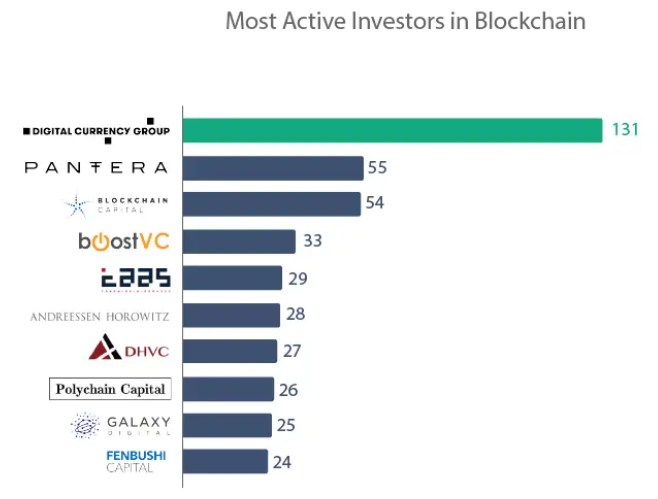 teQatlas analyzed around 2.5k blockchain companies backed by 1.8k investors through 2.5k conventional and alternative funding instruments to determine blockchain investment trends as well as to understand what type of investors are interested in blockchain adoption.

Changchun said that the People’s Bank of China Digital Money Research Group made a prototype and completely adopted the blockchain architecture. He said that the issuance of digital currency in a big country such as China, using a pure blockchain architecture, could not achieve the high concurrency performance required by retail. Therefore, it was finally decided that the People’s Bank should maintain technical neutrality and not presuppose technical routes, that is, not necessarily rely on a certain technical route.

At the same meeting, China UnionPay chair Shaofu Jun said that the goals of China’s CBDC would be difficult to achieve. While a CBDC could solve issues related to cross-border transactions, long lag times and legacy inefficiencies, the lack of clear operational processes and a detailed regulatory framework across countries will be challenging to overcome, according to a report in the Block Crypto.