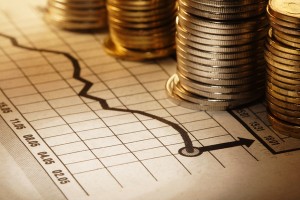 Do fees for LIBOR speed the way towards a repo benchmark rate?

As news continues to trickle in on ICE charging fees for LIBOR, and repo growing in importance, we ask where the tipping point is for investors and intermediaries to take a more serious look at a repo interest rate benchmark. The answers are not obvious.

We noted back in August a Bloomberg article, “Banks Mull Bailing on Libor in Loans as ICE Adds Licensing Fees,” that discussed what alternatives banks might have. The move by ICE to charge for LIBOR was not unexpected but is still a lot more than the “free” price that the BBA was charging. According to the article:

“ICE introduced licensing agreements on July 1 for referencing the benchmark used to create more than $300 trillion of securities, loans and derivatives, including a usage license that ranges from $8,000 to $40,000 a year. Previously, Libor was free except for companies wanting to redistribute the rates, which paid an annual fee to the British Bankers’ Association.”

The article didn’t go so far as to mention repo as alternative. Rather, “A surge in the rate during the global financial crisis led some companies to switch pricing on corporate loans to using a method called base rates. That measure can make use of Federal Funds Rates, “prime rates” set by individual banks and Eurodollar rates.”

A September speech by Fed Governor Jerome Powell got more to the point. Speaking about improvements to US$ LIBOR, he said “First, U.S. dollar LIBOR needs to be updated to reflect current practices in unsecured funding markets and to be better anchored in actual transactions. Second, and equally important, regulators need to work with market participants to encourage them to develop and adopt alternative reference rates that better reflect the current structure of U.S. financial markets, in which borrowing and derivatives transactions are much more likely to be secured with collateral. Going forward, these alternative rates could replace LIBOR as the reference rate for new interest rate derivatives and some other contracts denominated in U.S. dollars.”

So let’s see, banks are unhappy with new fees for LIBOR while regulators are looking at short term interest rate benchmarks that use collateral. Sounds a lot like a road to repo, right? We said as much in our August 2012 research report, “Repo Indices, Overnight Index Swaps and Other Alternatives to LIBOR.” But, not so fast.

When looking around at the options for a repo index, the choices aren’t great. Repo indices around the world have variable liquidity (GCF, ICAP) that suggest that while they may be interesting with momentum, they still don’t have enough volume to argue for global benchmark status. Fed Funds is bereft, decrepit and bankrupt, relatively speaking, and the FICC’s GCF does about 3X as much volume as Fed Funds these days (although its hard to be precise from these figures). What we turn to next is the Fed’s Reverse Repo Facility, but that rate is now a Dutch auction with rates up to 5 bps (more on this in a later post).

It seems to us that regulators need to decide what kind of benchmark they want then act to support that benchmark. You can’t tell banks to reduce their repo volumes (ie, reliance on short-term funding) and at the same time use market-traded repo as a benchmark. In the end, the writing is on the wall: some or all of the market will move away from LIBOR based on market observations towards a collateralized benchmark. This may also be called LIBOR but may be now based on repo or something similar. In the end, the market needs interest rate benchmarks. The problem is harmonizing this need with a regulatory desire to minimize bank demand for the types of funding transactions that creates those same benchmarks. This will not get resolved any time soon.

Previous Post
NY Fed’s Liberty Street Economics blog on repo fails. A must read for anyone involved in repo.
Next Post
BIS calls for “Intense Review” of data on European deflation

NSFR rules finalized….but still confusing as ever
6 Nov 2014
No Comments
Introducing the Digital Collateral Protocol: the right blockchain for global settlements
30 Apr 2020
No Comments
Lessons for Peer to Peer in securities financing from Peer to Peer in cash fixed income (Premium)
22 Jun 2017
No Comments