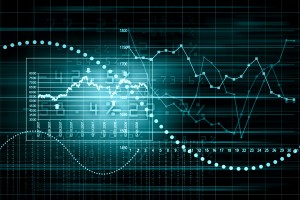 Do US Treasuries need dealers or is there enough liquidity already?

We’ve seen a few news items that revisit the conversation about whether US Treasuries, the most (theoretically) liquid product in the markets, need credit intermediation. That is to say, should everyone be able to trade in one market or should dealers be the gateway for the buy-side? This question gains more importance as liquidity in US Treasuries has been shaken by a combination of low issuance, buy-and-hold strategies and (as both a cause and consequence) less overnight repo.

A Federal Reserve Staff Report, “Intermediaries as Information Aggregators: An Application to U.S. Treasury Auctions,” April 2015, gets to the point. The role of an intermediary is to “diversify risk, transform maturity or liquidity, and screen or monitor borrowers. In U.S. Treasury auctions, none of these rationales apply.” This isn’t to say that intermediaries don’t add value, in fact they add substantial value in advising clients and increasing expected auction revenue. But they aren’t doing what credit intermediaries typically do in the auction process.

Meanwhile, electronic market making in US Treasuries has heated up. A Wall Street Journal article from last week, “Firms Vie to Set Up New Ways to Trade Treasurys,” by Katy Burne found a host of venues ready to offer electronic markets:

– CrossRate Technologies LLC: “will match up banks and high-frequency trading firms on one platform with customers, disclosing the identities of traders only after a transaction has taken place”
– LiquidityEdge LLC: “a way for algorithmic trading firms to stream Treasury prices on a disclosed basis directly into bank trading floors”
– Direct Match: “an exchange-like system for anonymous trading between any and all market participants in Treasurys, including client-to-client trading”

Meanwhile, the market share leader in dealer to dealer business, ICAP is reported by multiple sources to be launching BrokerTec Direct, which would allow hedge funds and corporates to trade US Treasuries without a dealer. This is direct competition for the dealers and for BrokerTec’s own UST trading business, which has an estimated 60% market share from trading between dealers. Bloomberg allows direct buy-side trading in UST already. If BrokerTec is now in the game, that means that they are prepared to cannibalize their own business rather than see it gravitate elsewhere. The argument on credit intermediation is that there is enough liquidity to support the business without dealers. eSpeed is another big dealer to dealer competitor, but the WSJ article noted that volumes were down 16% in Q1 2015 from Q1 2014.

The obvious problem is that liquidity is there until it isn’t. The Fed’s report seems right in normal times but what about in a crisis? ICAP or the direct service proposed by other markets makes sense until natural buyers and sellers get spooked. In that case dealers are supposed to step into the void. This doesn’t always happen in credit markets, as sometimes no one knows price to quote and markets freeze (see: 2008). Even a 2004 paper, “Automation versus Intermediation: Evidence from Treasuries Going Off the Run,” by Michael J. Barclay, Terrence Hendershott and Kenneth Kotz, demonstrated that electronic intermediaries had an 80% market share in on-the-run UST trading but only 12% in off-the-run issues. That’s where the liquidity isn’t.

For those interested in how the US Treasury itself view electronic trading activity, we recommend this November 2013 presentation, Electronic Trading in the Secondary Fixed Income Markets. Its not the most current data but the issuer’s perspective should be considered: A shift to electronic trading “may benefit the Treasury as an issuer since further enhancement of liquidity in on-the-run issues may lead to reduced borrowing costs…. However, increasing bifurcation of activity between on-the-runs and off-the-runs may result in a continued divergence of liquidity between issues, which ultimately could lead to higher borrowing costs as participants demand a premium for eventual diminished liquidity in their aged holdings.”

There have been many arguments (grumbles) about market makers over the years. But for all their faults, the system of credit intermediation meant that there was someone there to take the other side of a trade if all else fails. The greater the move towards electronic trading, the more volatility investors should expect as there is no floor to catch a falling market.