The European Securities and Markets Authority (ESMA) released its third annual report on supervisory measures and penalties under EMIR.

Some of the aspects highlighted are:

In addition, the report also includes reference to enforcement cases, which for the period covered, resulted in the imposition of sanctions in France, Italy, Liechtenstein and Luxembourg.

These figures represent a significant increase from the 19% of countries who responded they checked information submitted to NCAs by market participants in the previous report. In addition, on average 51% of the NCAs also reported using other types of sources for supervisory purposes. This may include publicly available data such as financial statements, information published on entities’ websites and any other sources of public information such as public registers.

A more granular analysis of the uses of the data gathered from the reporting to trade repositories indicates that NCAs perform multiple checks based on this information and that some are common in most of the EEA countries.

During the period in scope for this report (between January 2019 and December 2020):

Based on the information received from NCAs, the different countries are classified in groups according to the methodology that they use to quantify administrative fines with respect to the clearing mandate, the reporting requirements and the risk mitigation techniques. 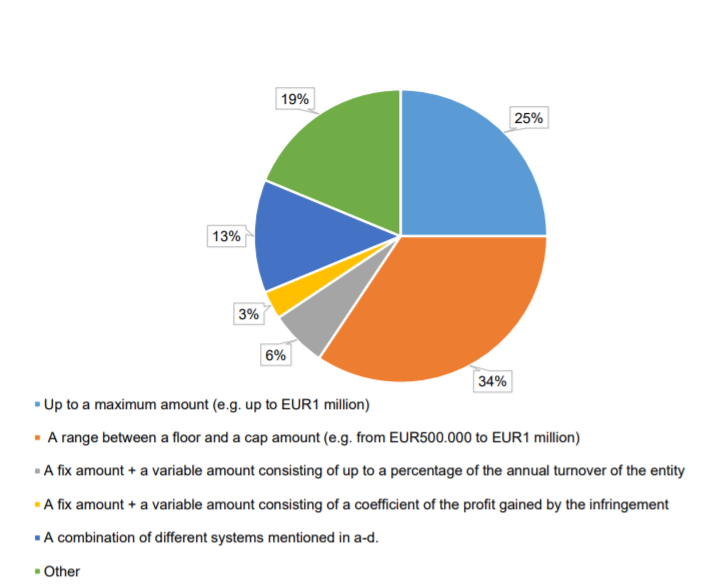