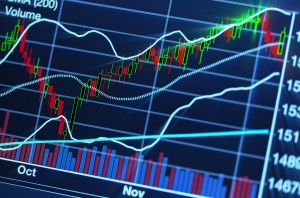 ETFs: more on the impact of illiquid underlying assets

An article in the April 20, 2015 FT “Emerging market ETFs: solving the liquidity problem or storing it up?” by Jonathan Wheatley and Joel Lewin (sorry behind the pay wall) got into some specifics about potential liquidity issues for ETFs in a stressed market. We take a look.

The ETF market has grown very quickly. The Investment Company Institute says that the U.S. market, at the end of 2014, was $1.974 trillion and “…. accounted for 13 percent of total net assets managed by long-term mutual funds, ETFs, closed-end funds, and unit investment trusts at the end of 2014…” Most ETFs are equity-based, but there is a fair amount of fixed income, including emerging markets and corporate paper. Our concern has been about the less liquid parts of the market and what happens in a crisis. We all recall that during 2007-10, the implosion of sub-prime was at first seen as contained given its overall size. But uncertainty about who was invested, what banks owned & how much money they lost, and where the next impaired asset class was going to pop up spilled over and liquidity in many products evaporated.

“…given the fundamental factors in place that should support the demand for housing, we believe the effect of the troubles in the subprime sector on the broader housing market will likely be limited, and we do not expect significant spillovers from the subprime market to the rest of the economy or to the financial system…”

History does not repeat itself, but it does rhyme. In a crisis, could EFTs be the new sub-prime?

On April 7th we had a post: ETF liquidity: will it be illusory in volatile markets? That looked at how ETFs might behave in a stressed market. From the post:

“…Can ETFs really be more liquid than their underlying assets? There is a mechanism embedded in ETFs to arbitrage differences between the market value of the basket and where the ETF trades. This tends to keep the two connected. But when markets are stressed, does this still hold true?…”

ETFs are well designed and efficient. But, ultimately, they rely on market liquidity of the underlying to exit. From the FT article:

“…when markets deviate from “normal” conditions and prices start moving sharply up or down. Then, ETF managers will have to buy or sell underlying assets in a hurry, and an ETF’s supposed ability to shelter its investors from volatility in its underlying assets may quickly disappear…”

Infrequent, but less liquid ETFs have been gated. From the FT:

“…The “taper tantrum” of 2013 gave ETFs a taste of the illiquidity that could threaten them again. Citigroup temporarily suspended redemption orders on ETFs and State Street, a sponsor of dozens of ETFs, stopped offering cash redemptions on some of its municipal bond ETFs…”

Not to beat the 2007-10 analogies to death, one is reminded on Bear Stearns & BNP Paribas suspending redemptions from sub-prime funds in the summer of 2007.

The ETF stress won’t be in the S&P 500 or other liquid equities markets. In crisis environments, their liquidity goes up (although volatility is another story). It will be in asset classes like EM or High Yield corporate debt.

From the FT article:

At the end of the day, if the paper doesn’t trade, you can’t get out.

Custodians really are making the transition to “technology as a service” providers (Premium)
13 Feb 2018
No Comments
FISL London is next week – here’s a status update
30 Apr 2018
No Comments
Is it Basel IV or just working through Basel III? (Premium Content)
26 Oct 2015
No Comments