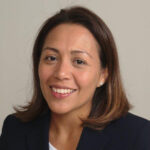 Monica joined the IHS Markit Securities Finance team in April 2019 and is responsible for the product development and relationship management offering for beneficial owners in the Americas. Prior to IHS Markit, she worked at JP Morgan for eight years and Credit Suisse for seven years in the Client Relationship Management team. In both roles, she was responsible for managing and assisting large institutional clients with their securities lending programs. The types of clients covered were Public/Corporate Pension plans, Central Banks, Sovereigns and U.S. Mutual funds. Monica holds a B.B.A in Finance from Hofstra University. 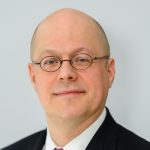 Josh Galper is the lead for Finadium’s research and consulting practice with an expertise in institutional investments, treasury and financing. Josh has conducted numerous consulting assignments for banks, asset holders, CCPs and technology companies, and is the author of over 60 industry reports as part of the Finadium research subscription. He also writes for Finadium’s online and hard copy magazine, Securities Finance Monitor. Josh has been quoted in most industry publications covering hedge funds, securities finance, collateral management and financial markets. He holds an MBA in Financial Engineering from the MIT Sloan School of Management. 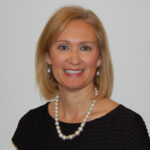 Melissa has over 15 years’ experience in the securities finance industry.  Currently, she is the regional head of IHS Markit Securities Finance, overseeing the global Product Specialists and Client Services teams, as well as the IHS Markit Securities Finance Consulting practice lead, having previously served as Regional Manager for West Coast and Equity Sales.  Prior to joining Data Explorers/Markit/IHS Markit, Melissa worked at EquiLend as the head of Sales and Marketing.  Previous industry experience includes roles at Goldman Sachs and Swiss Bank Corporation.  Melissa holds an M.B.A from New York University and a B.A. from Georgetown University. 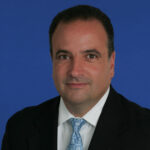 David joined Citi in 2010 and was named Global Head of Agency Lending in 2012. He was previously Global Head of Product Sales and Client Management and the Global Product Manager for Third-Party Securities Lending. Prior to joining Citi, David was the Global Co-Head of the Dresdner Bank Agency Securities Lending business where he led the successful effort to build the largest third-party lending program in the industry. Before joining Dresdner, David spent over five years at Deutsche Bank as Managing Director in charge of Global Asset and Liability Trading for their Securities Lending division. Prior to the acquisition of Bankers Trust, David was the Head of Securities Lending Global Markets in North America. In this role David was instrumental in establishing Deutsche Bank’s presence in North America as a top provider of non-custody/third-party securities lending services. David also was a Senior Vice President at Lehman Brothers and was the Head of Asset and Liability trading at Lehman Brother’s Trust Company. Prior to joining Lehman, David spent 14 years at J.P. Morgan and J.P. Morgan Securities in various management roles. Related to securities lending, David was the Head of JP Morgan’s Securities Lending desk and was the head of U.S. product development. At JP Morgan Securities, David was in charge of the overnight, term financing, and term matched book teams for the repo desk as well as the securities lending sales force. David received a Bachelor of Business Administration in marketing from Pace University. 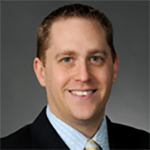