The Financial Stability Board (FSB) published a report for G20 about market developments and financial stability implications from the provision of financial services by bigtech firms in emerging market and developing economies (EMDEs).

The report finds that the expansion of bigtech firms in financial services in EMDEs has generally been more rapid and broad-based than that in advanced economies. Lower levels of financial inclusion in EMDEs create a source of demand for bigtech firms’ services, particularly amongst low-income populations and in rural areas where populations are underserved by traditional financial institutions. 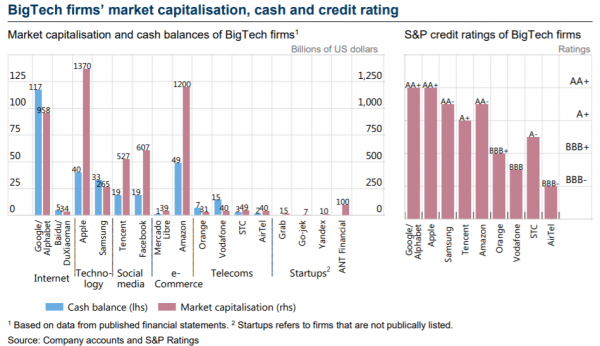 Source: FSB
The supply of financial services by bigtech firms in EMDEs has been supported by the increasing availability of mobile phones and internet access. Such technology – along with the data it generates and the flow of such data across borders – allows these firms to reach customers who were previously underserved, for example due to their lack of credit history. Bigtech firms also make lending decisions based on novel sources of customer data, including from their core technology businesses.

The expansion of bigtech activity gives rise to operational and consumer protection risks and concerns about market dominance. EMDEs may also be subject to heightened operational risks, particularly in environments with weaker communications and financial infrastructure. Competition from bigtech firms may, in places, also reduce the profitability and resilience of incumbent financial institutions and lead to greater risk-taking.

The experience of some EMDEs demonstrates the positive role that strong regulation, supervision and other official sector policy can play in supporting innovation in financial services and mitigating risks. Governments in some EMDEs have also driven the development of financial infrastructures and digital identity. In doing so, they have facilitated the growth of financial technology, including that employed by bigtech firms.

This also underscores the need to apply the principle of ‘same risk – same regulation’ with respect to bigtech firms’ activities, whilst tailoring regulatory frameworks to reflect the relative size and scope of those firms’ activities. Financial authorities may also usefully contribute to the development of robust public policy and frameworks with respect to data governance, consumer protection and operational risk management. 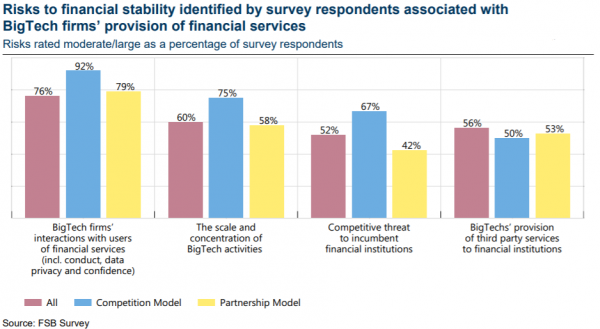