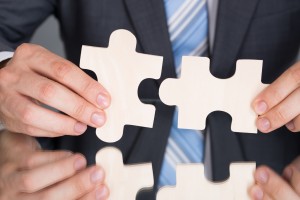 Fully Paid Lending (FPL) programs touch nearly every major trading, operational, compliance and administrative business process at a broker. Putting an FPL program in place does as much as any other project to expose just how “enterprise ready” (or not) a broker’s securities lending systems and operational model really are.

Regulators have high expectations of broker-dealers that can be challenging to meet and which introduce new complexities into the broker-dealer’s organizational structure and operating environment. Over and above the relatively simple part – the lending of the securities, still the province of the securities lending team and their core systems – these complexities extend into risk disclosure and management, credit and credit utilization, record keeping, customer and regulatory reporting, asset protection, cash and securities segregation, the equitable distribution of program benefits to their customers… the list goes on. Almost all “core” functions of a broker are impacted in one way or another.
For firms that are still heavily silo’d, with big, deep legacy securities lending systems and organizational structures, the changes necessary can be quite monumental; we evaluated this in our June 2015 research report, “A New Look at Securities Lending Operations and Technology.” This was the state of play for almost the entire industry ten or twelve years ago. The early entrants into the FPL market found themselves making large scale modifications to the securities lending systems to encapsulate as much of the complexity as possible, and to isolate the rest of the bank from the changes needed as much as possible. These firms approached the project as a “securities lending project” – a problem to be solved by the securities lending organization with securities lending technology. This followed the in-place model, requiring securities lending systems to learn tricks already known by other parts of the bank, and to take on responsibilities very close to, if not identical, to functions already performed elsewhere.
For firms closer to the other extreme of the enterprise spectrum, the project is approached as – well – an enterprise project. The changes necessary are smaller for any single part of the enterprise, but more widespread across the organization. This doesn’t necessarily make the problem any simpler to solve, but it does, in the long run, make the implementation more seamless; the project becomes one of incremental enhancements to existing systems and responsibilities, rather than wholesale replication or reinvention of them as in the legacy silo model. The promise of the enterprise model – smaller, nimbler systems, highly integrated and with minimal functional overlap – is well realized by an FPL program implemented in that way.
Most firms, of course, find themselves somewhere in the middle.
In the end, there really is no off-the-shelf solution to FPL that will fit neatly into every broker’s infrastructure and operating model. The key point of consideration for firms that are approaching the FPL project today is to understand where they are on the enterprise curve… and where they intend to go on that curve. If you are already moving towards the integrated enterprise, FPL fits very nicely into that trend. If you are looking at the enterprise model but haven’t yet done much, FPL might be a good example project to get some momentum behind the movement. If you are committed to the legacy model, FPL needs to be implemented much as it has for the last decade plus.
As FPL programs become a standard, core expectation of brokerage customers, more brokers will be compelled to take “A New Look at Securities Lending Operations and Technology” – and to make serious judgements about their future direction.

Previous Post
Options Clearing Corp seclending volumes up 19% in Dec 2015 from Dec 2014
Next Post
US securities based lending: Reg T and Reg U intent versus reality

Negative Spreads on Interest Rate Swaps: Could Repo be the Cause?
25 Nov 2015
No Comments
Buy-side trading dynamics on FICC sponsored repo
25 Mar 2019
No Comments
Finadium: Europe’s Capital Markets Union: Progress and Mid-Term Impacts
22 Feb at 3:55 am
No Comments