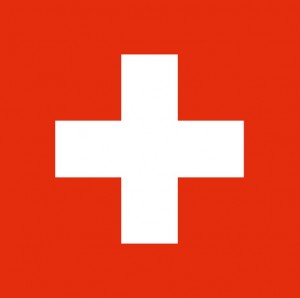 An article in Bloomberg on January 20th “How Swiss Shock Humbled the King of Leveraged Currency Trading” by David Evans explained how adding leverage to currency trades makes them more volatile. Déjà vu all over again.

The article was about the broker FXCM, who after the Swiss let the CHF float, found themselves with clients with some substantial losses. The article focused on Drew Niv, the head of FXCM:

“…While in his 30s, Niv built his young brokerage, FXCM Inc. (FXCM), into a money machine by turning the global foreign-exchange market into a playground for day-traders…But by early 2014, his hot hand had gone cold. Niv’s customers — small-timers who usually lost money while FXCM was busy making it — were looking for thrills elsewhere. Currencies seemed boring…Niv, now 41, held out a solution. FXCM could help customers capitalize on minuscule currency moves with a powerful financial tool: leverage…” According the article, FXCM gave their clients leverage upwards to 200:1. That sounds to us like a ½ pct haircut. Clients losses reportedly came to $225 million, blowing a hole in their regulatory capital requirements. While going along with the government policy of weakening the CHF in order to keep Swiss industry competitive and offset capital inflows seemed like a good bet, perhaps magnifying the wager by 200:1 was pushing it a bit too far.

Leucadia National Corp. looks like they will be bailing out FXCM.

“…Leucadia will earn interest of as much as 17 percent and can force a sale of the brokerage, keeping at least half the proceeds beyond the loan amount, FXCM said in a statement Monday night. FXCM traded at $1.43 at 8:56 a.m. in New York. The shares closed Thursday at $12.63…”

The Swiss currency move makes one think about which other central banks are going to get tired of pushing against the tide? Likewise, one wonders if there are some other losses out there in other asset classes – say oil? When it is magnified by leverage…well, we’ve seen this movie before.

If the losses are primarily with retail clients, can we expect the CFTC to start talking about hiking initial margin amounts to reduce leverage? Probably not such a bad idea to go from a ½ pct haircut to something higher, don’t you think?

As you know, NFA Financial Requirements Section 12 requires FDMs to collect and maintain a minimum security deposit of 2% of the notional value of transactions in 10 listed major foreign currencies (including the Swiss franc, Swedish krona and Norwegian krone) and 5% of the notional value of other transactions. Importantly, Section 12 also permits NFA’s Executive Committee to temporarily increase these requirements under extraordinary market conditions. Given the events of late last week involving the Swiss franc, the Executive Committee has determined to increase the minimum security deposits required to be collected and maintained by FDMs under Section 12 as follows:

These increases are effective as of 5 p.m. (CST) on January 22, 2015 and will remain in effect until further notice. FDMs should be aware that the Executive Committee may make additional increases in these currencies or other currencies as warranted by market conditions.