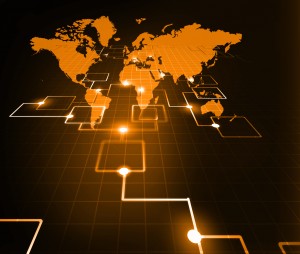 Markets on the front line of combating global risks (Premium)

Shortly after the Brussels bombing, Société Générale weighed in with a commentary on the state of affairs: “Sadly, global markets are getting used to terror attacks.” The tragic events, the French bank noted, may have tamed the generally buoyant risk conditions prevailing after a dovish Fed meeting, but the effect was short-lived and the impact on bonds minimal.
SocGen’s ‘sadly’ comment, although understandable, could also be considered through a different lens: it’s not that humanity is becoming desensitized, it’s the financial system becoming more organized.

The financial system is a type of frontline in the fight against terrorism. When Daesh (ISIS) swept through Iraq and Syria, it gained an estimated $1.5 billion from looting banks and oil sales (oil sales estimated at $40 million per month), noted Adam Szubin, Acting Under Secretary for Terrorism and Financial Intelligence at the US Treasury, speaking at Chatham House in London in 2015. The combat strategy was to cut all affected banks from the international financial system, which is done, and stop Daesh fund flows at the oil well head, he added.
Disruptive calamities
Disruptive global risks and tragedy is certainly not limited to terrorist attacks, and markets play a critical role in the response to natural hazards. The importance of functioning markets to help people cope with the aftermath of earthquakes, floods, storms, hurricanes, or other extreme weather events, can’t be underestimated, nor can the crucial necessity to coordinate civil society efforts with markets functionality, an element in which advanced technologies fomented by the financial industry are playing an increasingly important role. Insurance companies in particular are at the cutting edge.
There’s really only one certainty: rising risk and greater volatility in the context of human tragedy isn’t going away, and markets are set to cope not just with the realities of maintaining stability in the face of terrorism, real and cyber, and in the wake of natural hazard events, but also address the linked relationship of such events to global climate change.
As the world faces such threats, so too do the markets connecting it. Integrating ESG (environmental, social and governance) risk management into the investment process is getting discussed and asked about more and more at industry conferences. And for all the complaints about fragmentation, an ecosystem of numerous and diverse markets has clear strategic benefits: no one center can be crippled by any one event.
In the financial system, some of this is playing out in the debate over CCPs being the next Too Big To Fail concern. Multiple CCPs, that are (hopefully) not overly interconnected to one another, is seen as the safer bet, for example. It’s one of the ways that market structure is both creating and adapting to fragmentation, along with its accompanying electronic channels that connect its proliferating nodes.
Simply put, market players are managing more volatility as part of doing business in a rapidly changing environment. In the collateral management world, practitioners are learning to deal with the risk of sharp price moves of collateral due to global events. And that’s a reflection of the challenges in store, as the coping strategies deployed today provide a window into what establishing processes of resilience and stability will look like in the future.