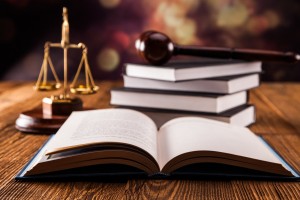 The Basel Committee on Banking Supervision (BCBS) has released the final version of the NSFR rules, “Basel III: the net stable funding ratio, October, 2014”. In securities financing, while LCR made life difficult, it was NSFR that could blow the business out of the water. We take a look.

Given the jawboning from regulators about regulating repo being unfinished business, market participants were braced there would be little relief from the initial (and onerous) NSFR rules. To the securities financing community, NSFR was seen as over-kill, forcing many short-dated trades to be funding with long liabilities (read: creating nasty negative carry). From the report:

“…Maturity transformation performed by banks is a crucial part of financial intermediation that contributes to efficient resource allocation and credit creation. However, private incentives to limit excessive reliance on unstable funding of core (often illiquid) assets are weak…”

The underlying principal of NSFR is:

What is included in available stable funding (ASF) and how much of it? Basically, if it has a maturity beyond 1 year, it has an ASF factor of 100%. On top of that, add capital or capital instruments with maturities past a year.

The rules use the LCR definitions of “stickiness” vis-à-vis how likely a cash source will pull the money. Demand deposits and term deposits with (remaining) maturities of less than a year from retail and small businesses receive a 95% ASF factor if qualifying under LCR as “stable”. If those deposits are considered “unstable” under LCR, the ASF gets knocked down to 90%. But the important part is what receives 50% and 0% ASF factors. Near and dear to the securities financing world will be these two rules:

“…Liabilities receiving a 50% ASF factor… (d) other funding (secured and unsecured) not included in the categories above with residual maturity between six months to less than one year, including funding from central banks and financial institutions…”

“…Liabilities receiving a 0% ASF factor… (a) all other liabilities and equity categories not included in the above categories, including other funding with residual maturity of less than six months from central banks and financial institutions…”

On the required stable funding (RSF) side, the rules look at how easily the asset can be monetized. If an asset has a 0% RSF factor, it is effectively outside of the NSFR regime.

“…The RSF factors assigned to various types of assets are intended to approximate the amount of a particular asset that would have to be funded, either because it will be rolled over, or because it could not be monetised through sale or used as collateral in a secured borrowing transaction over the course of one year without significant expense…”

This is confusing. Does this mean that trades where beneficial ownership of the underlying securities does not pass and (/or?) are not on the balance sheet (perhaps because there were netted or done as agent?) are not included in ASF but when beneficial ownership remains with the bank (e.g. a bank’s own positions), it is part of ASF? If that is the case, then has repo effectively exempted from NSFR? Now that would be interesting.

“…33. Securities financing transactions with a single counterparty may be measured net when calculating the NSFR, provided that the netting conditions set out in Paragraph 33(i) of the Basel III leverage ratio framework and disclosure requirements document are met…”

So the calculations are done net.

“Assets assigned a 10% RSF factor …38. Unencumbered loans to financial institutions with residual maturities of less than six months, where the loan is secured against Level 1 assets as defined in LCR paragraph 50, and where the bank has the ability to freely rehypothecate the received collateral for the life of the loan…”

So if a repo is less than six months, the collateral if Level 1 HQLA and can be lent out, a 10% ASF applies.

We are just not sure how to read some of this – and in particular paragraph 32. We’d love to hear from any readers with their interpretations.

Is a lack of blockchain expertise really a limiting factor in adoption of the technology? Probably not.
24 Jan 2017
No Comments
Monday news update: Central Banks on liquidity; the Lender of Last Resort; CSD-R
15 Feb 2016
No Comments
US Treasury Markets Practice Group sees clearing and IDB risks in the US Treasury secondary market
16 Jul 2018
No Comments