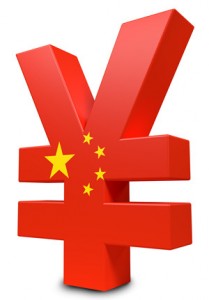 This article is the second in our series on securities finance-related activity in China. We cover liquidity coming from the People’s Bank of China, derivatives trading and the growth of the yuan in international financial markets.

Chinese banks have been pressing the People’s Bank of China (PBOC), the country’s central bank, to free up more funds to boost lending and it looks like their wishes were answered. On Christmas Eve, at a closed door meeting, the PBOC told representatives that it would inject about 1.5 trillion yuan, or $242 billion USD, into the banking system. According to a Wall Street Journal article on the topic:

“In the latest move, the PBOC will relax how banks calculate the loan-to-deposit ratio, the major restraint on banks’ lending abilities, the banking officials said. Currently, Chinese banks can’t lend more than 75% of their total deposits, but that calculation doesn’t include large deposits from nonbank financial institutions such as asset managers and securities firms. Now, the PBOC will allow banks to add those deposits to their calculations of their loan-to-deposit ratios…”

The changes are expected to have a 1.5-percentage point cut in the banks’ reserve-requirement ratio.

The fact that the Chinese are taking their time to do their homework shows that although they may be slow to deregulate markets, they’re taking a smart approach.

China is also acting to diversify the financial instruments it can offer to investors and risk managers. According to a recent article from the Financial Times, the Shanghai Stock Exchange is set to launch simulated trading of stock options.

“Simulations will begin with options on the Shanghai 50 exchange traded funds but are expected to expand to individual blue-chip stocks. The Shanghai exchange issued detailed draft rules for trading of stock options in early.”

Additionally, the government is also pushing ahead with the roll out of new financial and commodity derivatives with issuing draft rules for the launch of 10-year government bond futures.

Last June, the Chinese Government designated China Construction Bank as the official clearing bank for yuan-denominated transactions in Britain, opening direct trading between the pound and the yuan in China. “The designation of a clearing bank creates a channel for yuan held in Britain to flow into Chinese capital markets, boosting London’s appeal as a trading centre for the currency,” noted an article about the rise of the yuan in the Economist.

There is a strong desire amongst international exchanges to provide such currency offerings, but competition remains tight. Cities like Frankfurt and Singapore have also been awarded clearing banks, but London already controls nearly 60% of yuan-denominated trade payments between Asia and Europe.

Flynt Leverett, a professor at Pennsylvania State and a visiting scholar at Peking University’s School of International Studies said in an article on Daily Reckoning that Chinese policymakers’ “aim is not for renminbi to replace dollars, but to position the yuan alongside the greenback as a transactional and reserve currency.”

Leverett noted that a rising share of China’s external trade is both being denominated and settled in renminbi, as well as the issuance of renminbi-denominated financial instruments – so seeing increased competition comes as no surprise.

Much like the rest of Chinese Securities Finance in 2015, things are heating up all around. As the Chinese government continues to educate themselves and deregulate their financial markets, they are taking slow and precautionary steps into involving their financial systems within the rest of the world. Without a doubt, it’s a critical time for Securities Finance in China, but nonetheless expect to see many new developments emerging over the coming year.