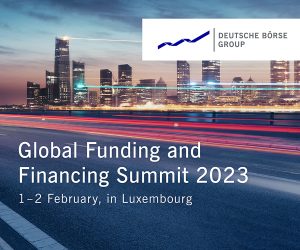 Planning for European collateral scarcity in 2023: Eurex and Clearstream on what you should know before GFF

Deutsche Börse Group’s Global Funding and Financing (GFF) Summit takes place on February 1-2 in Luxembourg, bringing together expertise from Clearstream and Eurex as well as international market participants to understand and strategize for the increasingly complex dynamics of the collateral landscape. In a guest post, members of the GFF Summit team highlight the most pressing challenges that attendees can expect to deal with in 2023 and what kind of opportunities lie ahead.

At the top of the list of market concerns is an environment of collateral scarcity, brought on by the cumulative effect of central bank asset purchasing programs, a volatile macropolitical environment as well as a multi-year regulatory program. Combined, these factors have resulted in decreased levels of collateral in the system.

At the previous GFF Summit, held in September 2022, it was clear that market participants had heightened fears about year-end: one portfolio manager noted that the European Central Bank’s rate hike of 75 basis points earlier that month caused a great deal of surprise resulting in significant work to manage. During a client committee meeting, participants expressed a lot of nervousness with many having started their year-end processes at the end of summer, but, by the time 2022 closed, the markets saw a smoother transition than anticipated. 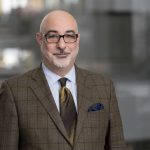 “The GFF Summit’s purpose has always been to focus on what people are experiencing on a day-to-day macro and micro level, and then also looking into the future. Central clearing is here for the better of the market, and it’s not here to disintermediate the market. This is a collaborative conference with networking opportunities to share ideologies and visions of the future to help us at Deutsche Börse deliver products that the entirety of the market can use in a standardized format.” — Jonathan Lombardo, Head of Fixed Income Sales Continental Europe, Eurex Clearing

To what extent advanced preparation paved the way for a calmer than anticipated year-end is an open question. However, what was clear to the GFF Summit team is that the underlying related issues needed to be examined in more depth, and we’ve added a dedicated panel, “Recession, rates and repo: collateral in times of scarcity” with global experts from a mix of buy- and sell-side firms as well as the German debt management office.

In 2023, the outlook continues to shift and there are important signals to watch for to avoid again facing a situation where there is a big gap between expectations versus reality. One of those signals is the pace of Quantitative Tightening (QT) programs across the major central banks and, in the European Union (EU), how that might be managed to support peripheral eurozone countries. Another is the progress of repayments related to the Eurosystem’s targeted longer-term refinancing operations (TLTROs). Both can be expected to play a major role in how collateral scarcity is going to play out.

“The core of what’s driving market dynamics is central bank policy, and, specific to collateral scarcity, the regulatory agenda over the past 10 years has also led to the situation that we’ve seen coming to a head in 2022. We’ve seen specific pockets of volatility in certain markets – like energy – which clearly have increased the demand for collateral and therefore reduced the available supply of collateral broadly in the markets.” — James Cherry, Head of Business Development, Collateral, Lending & Liquidity Solutions, Clearstream Banking

In the cleared market, there may be benefits from the additional funding needs of banks that this dynamic creates, which would traditionally come from borrowing more in the wholesale market, issuing more bonds, or via repos. There are already some signs of how that’s unfolding: in a recent ECB bank lending survey, there was a higher demand for loans amid a decrease in deposits – putting pressure on funding. Italian banks in particular saw this dynamic and are also highly exposed to the TLTRO, funding that will need to be replaced. 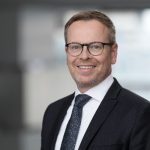 “We have to differentiate between the impact of QT in general, and the upcoming repayments of the TLTROs. HQLA [High Quality Liquid Assets] will return to the system as central banks buy less directly in the cash market. With TLTRO, there is a majority of lower rated or less liquid collateral placed, so this won’t have a direct impact or ease the situation in terms of collateral scarcity, but could increase the financing needs for these assets.” — Carsten Hiller, Head of Central Europe Funding & Financing, Eurex Repo

If the trend of decreasing deposits continues, then additional funding will be sourced from the bond and repo markets. It goes without saying that Eurex would want to highlight the benefits of a top-credit rated low risk counterparty and smooth execution on an anonymous trading platform with deep liquidity. Increasingly, buy-side firms are connecting and going live, with the first cohort being pension funds and next, the team is targeting the onboarding of hedge funds. Across buy-side, Eurex has seen a 120% lift in volume activities and more than 10% of traded volumes were generated by buyside firms via RFQs on Eurex GC Pooling® in 2022. 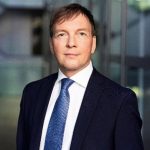 “We expect a strong increase in the attractiveness of GC Pooling again and we already saw a doubling in numbers in Q4 2022 with peak of daily outstanding volumes of about €80 billion, single counted, in GC Pooling early December. Beyond June 2023, when the repayments will be completed for the TLTRO, we also expect more favorable GC Pooling rates compared to ESTR or deposit rates.” — Frank Gast, Managing Director and Member of the Management Board of Eurex Repo

Another scarcity signal to keep a close eye on is additional issuance from supranational organizations, which can be expected to bring back more collateral to the repo market. The EU has delivered its funding strategy for 2023, with plans to launch a repo facility in early 2024 to support market participants in trading EU-Bonds. The GFF Summit will host a fireside chat with the EU Commission’s Siegfried Ruhl for more insight on the challenges and opportunities. Eurex is seeing increasing volumes in supranational bonds, especially in EU issued bonds, and a functioning repo market is seen as essential to support the secondary market and primary market issuance activity.

In triparty, Clearstream sees trends such as clients seeking to finance less liquid assets as well as a continued push to reach multi-asset optimization. When resources are scarce, sustaining trading activity and revenue generally means that banks start looking at pockets of assets that may be sitting idle, are less liquid and with lower ratings. As a result, partnerships are needed with trading platforms and central counterparties (CCPs), such as Eurex, and triparty agents, such as Clearstream, to mobilize those assets.

Whether there is an economic recession versus expansion remains to be seen. Assuming a stable macro environment and in a market shift of fading collateral scarcity, Clearstream expects to see new lenders coming to market, as well as an increased supply that banks can benefit from. In this context, triparty agents (TPAs) are the pre-eminent tool to link available inventory together for efficient deployment. Moreover, for less liquid or more exotic collateral, a neutral TPA provides advantages for pricing and administration. 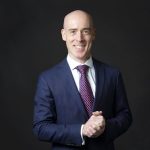 “Market trends are driving the need to be consolidated and centralized, but firms also need to choose the right partners such as CCPs and triparty agents that can offer them services across a large spectrum of asset types and venues, clearing and trading venues.” — Gaël Delaunay, Head of Collateral Management, Clearstream

In terms of collateral integration, industry players are at different stages of progress: from having completely merged inventory across equity financing, repo, securities lending, and treasury, to being completely siloed by asset class, trade type, and even region. Most firms are in the middle, achieving boosts to collateral optimization but still leveraging legacy teams and systems. The trend is clear however: firms want to shift from siloed to merged. In a highly competitive landscape, market participants watch for and expect a sophisticated counterparty, and consolidation translates to an improvement in operational friction and better rates.

In the backdrop and slicing through all of these trends is the deployment of technology, and we can expect to hear from some of the most advanced firms in the business across panels about the cutting-edge techniques being applied to solve problems now as well what’s around the corner for automation, optimization and standardization. This year, Deutsche Börse will also be looking at future outcomes of tokenization – including market segments such as art, music and real estate, and how they might connect to existing DLT structures. The big question for securities finance is: are we looking at the beginning of new collateral types? And if so what are the implications for risk?

Eurex and Clearstream are hosting the annual GFF Summit in Luxembourg on February 1 to 2, which will take a look at all these issues in-depth as well as other major trends impacting markets. A packed agenda includes a keynote speech by Tobias Adrian from the International Monetary Fund and a macroeconomic viewpoint from Commerzbank’s Christoph Rieger. Panels will be spotlighting industry leaders and collateral practitioners as well as the global debate on net zero. We are also pleased to host a “Women and Allies” evening among the planned networking events.