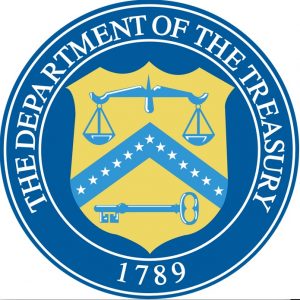 In January 2016 the US Treasury issued an RFI, “Notice Seeking Public Comment on the Evolution of the Treasury Market Structure.” The questions were pretty broad, covering “changes in technology, the growing prevalence of automated trading, changes in market making, financial institutions’ risk tolerance and business models, shifts in buy and sell-side participation, post-crisis regulatory reforms,” and anything else that seemed to be interesting. A consistent theme was market participant strong support for a repo CCP.

This content requires free registration (unlocked content) or a Finadium subscription. Log in or get access today by signing up here. (As a side note, four years ago we published a rebuttal to Dr. Duffie’s support for a central repo clearing utility, “Disagreeing with Duffie: central US tri-party clearing utility not the right choice right now.” We’re standing by that rebuttal from the point of view of mandated clearing, but think more strongly than we used to that this may be a good choice for market participants to make for their own reasons.)
Murray Pozmanter of the DTCC had strong reasons to support a repo CCP. He notes that “DTCC believes that the U.S. Treasury repo market is less efficient than it could be, and that an expanded, cleared market structure would bring more efficiency. Again, with the appropriate regulatory approval, such a market structure would incentivize participation by a broader range of participants willing to lend cash for securities, thus promoting liquidity. The same risk-reducing and transparency-enhancing features of a CCP described above wou ld be brought to bear on the repo marketplace as well.”
(Pozmanter might also have said “come on already and approve our filing from Fall 2014 for a repo CCP that lets in the buy-side.” His letter was much more diplomatic than that however.)
The consistently positive feedback about a repo CCP may encourage the US Treasury to poke at the SEC to approve the DTCC’s application. The time has come for a market alternative to centrally clear repo transactions that accept both the buy-side and sell-side (what Harts calls “regulated market participants”). This would be a big help for liquidity across the board.