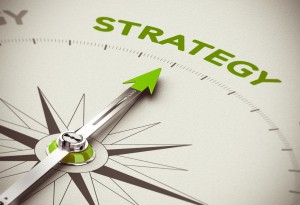 The EU’s Securities Finance Transactions Regulation (EU Regulation 2015/2365, or SFT-R) is now officially “live”, as of January 12, 2016. We spoke with European market participants over the last couple of weeks to get an initial take on their readiness to comply with the new requirements.

The aim of the regulation is to provide increased and explicit disclosure to regulators and investors involved in a securities finance transaction – whether a securities loan or a repo – when securities collateral is to be used in a manner that represents a change in effective ownership. A change in ownership might be because of re-hypothecation (specifically in a securities borrow), or through a short or long term repurchase agreement, in which ownership of the security is transferred from one party to another for a particular period of time in return for cash investment.
For context, this requirement arose primarily from the collapse of Lehman Brothers, where regulators, trustees and the legal systems of many different countries struggled for several years to trace ultimate ownership of securities back through a long and complex string of securities finance transactions. This legal and technical murkiness, more than any other aspect of the 2008 financial crisis, drew attention to the workout complications associated with securities finance. It has also been held up as one of the key risks to investors whose assets find their way into the Shadow Banking system.
In the US, investor safety was less of a problem due to the purpose rules of SEC Rule 15c3-1 and the customer protection provisions already in place under SEC Rule 15c3-3. Further, securities lending/repo disclosure has always been inherent in both broker margin agreements and investment manager/agent/bank securities lending agreements with their beneficial owners. However, one practice that became apparent from untangling Lehman’s books was the internal transfer of assets and custody from a US-governed entity to a UK/EU-governed entity, where the rules were less clear cut. Some US investors, operating under the assumption they were well-protected by the SEC rules, found instead that their assets were leveraged and put at risk by the UK entity. These were risks they did not understand.
In our conversations, we found that the operations leaders who will be ultimately responsible for providing the correct data for disclosure are confident that:
a) The data exist.
b) They are readily available.
c) They are fairly easy to collate into a compliant form.
This is particularly true for firms that have already turned the corner to have well integrated enterprise systems and operational organizations. There are some data requirements that are either ill-defined – such as a unique transaction ID – or that will require minor work to create or find. Conversely, firms that are less integrated across silos will find another strong impetus to centralize and rationalize internal record keeping practices, and to build the enterprise bridges between operating units and systems. But even these firms have the necessary data to meet compliance requirements – it will simply take more effort and time to put it together.
Operations professionals are less confident in their understanding of the mechanics and the process by which compliance data will be delivered to and understood by regulators – and also somewhat dubious that the rule as written will add as much value as regulators may hope. At least one firm we spoke to plans to ask the regulators to come in and explain this part of the process. These concerns echo the basic concerns of the regulators themselves. These “transactions” are not one dimensional buy-sell trades with easily defined (and regulatory explicit) beginning and end points. At what point does a securities finance “transaction” actually begin, and at what point does it actually end? They are not, in fact, transactions at all by the technical definition of the term. Securities finance is at base more about positions – a revolving, aggregated series of open-ended transactions – not individual finite trades, and does not have a lot of meaning if looked at in isolation from the rest of a firm’s business. Stated another way, securities finance positions frequently don’t resolve on any one-for-one transactional basis to a particular investor or entity.
It is hard for many operations professional to envision how a centralized trade repository limited to securities finance transactions will tell the regulators anything more meaningful than is already available through other reporting mechanisms. Ultimately, in the case of another crisis event affecting one or more firms, regulators may gain a more manageable starting point for their examination, but they will still need to go to each individual firm to really understand and unravel the information in the full context of the other activities that drive it.
For more information see (SFT-R goes live January 12 2016, Securities Finance Monitor, January 11, 2016).