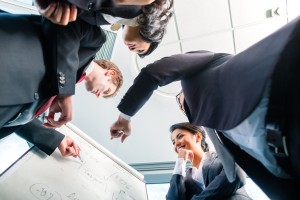 Should regulators be setting a 0% or 2% risk weight? (Premium Content)

The executive director of Sweden’s Financial Supervisory Authority has told banks that they must assign risk weightings to government debt that are realistic and not accept the 0% sovereign risk weight of Basel III’s Standardized Approach. Meanwhile, the Basel Committee has given CCPs a 2% risk weight, which is driving business towards central clearing. Should governments and selected institutions have a regulator-set risk weight or should each firm have their own risk model? Should regulators be setting risk weights at all?

Whether regulators should set RWA is a philosophical question. Regulator-set RWA creates a floor in some instances and a manipulation of market structure on another. The argument for regulator involvement is that banks blew it the last time around and can no longer be trusted to manage their own RWAs. The argument against is that regulators are heavily directing what banks will hold and how. This is a central tenet of interference in market activity and has already resulted in a wide range of behavior change. Regulators will argue that this behavior change, for example banks holding more sovereign debt than they used to, results in a safer financial system. We agree: risk is dialed down and stability is up. That said, a fiat decision by regulators to direct the market by determining the cost of doing business in different ways creates its own new set of concerns for financial interconnectedness and risk management.

In Sweden’s case, the increase from 0% is expected to be very low but it is still something. According to a recent Bloomberg interview with Uldis Cerps of Sweden’s FSA, “’We needed to take more short-term measures to assure the banks aren’t relying on having a possibility of enjoying a zero-percent risk weight,’ Cerps said. In Sweden, the extra capital allocation is likely to be modest. ‘It isn’t a measure that requires much capital; it is more of a kind of good housekeeping matter.’”

One country has to be very careful about negatively impacting the competitiveness of its banking sector. Going from a 0% to 0.5% risk weight should be harmless enough, but going from 0% to something like 6% could have a chilling effect on how easily banks can do some kinds of business and what client pricing will be. The fact that global regulators are not aligned or coordinated in their decisions adds to opportunities for behavior distortion and arbitrage by clients and financial intermediaries alike, a fact repeatedly mentioned by David Wright, the exiting Secretary General of IOSCO.

It is well known that the Basel Committee has given CCPs a 2% risk weight up from 0% in previous Basel iterations. This reflects the idea that there is some nominal risk in the CCP mutualization model. But really, the CCP is an aggregation of the risk of all of its participating default fund members plus whatever skin-in-the-game the CCP has put in. It would be more technically accurate to create a blended average of the CCP’s members’ risk weights and use that for the CCP, but that is likely impractical. In the meanwhile, the regulatory fiat is a blessing for CCP operators and has resulted in CCPs viewed as Too-Big-To-Fail entities.

Like Sweden’s government bond example, should banks accept the 2% CCP risk weight? We know that some banks see this 2% as a floor and are working to figure out internally what they think the right weight should be. We suspect that they will find that 2% is just fine, thanks, as this is a fundamental matter that will affect the cost of trading and a bank’s market competitiveness.

We are resigned to accept regulatory decisions on RWA and haircuts at this time. We don’t like it – it creates substantial behavior change and prevents the functioning of financial markets – but market failures like the Global Financial Crisis deserve government intervention. The big problem now is that critical market decisions are in the hands of a small group of people doing what they think is best and fine-tuning later. Everything has some risk at some level, even though it might be low, meaning that 0% risk weights probably are inappropriate; they can only go up, and better that they go up before a problem actually occurs.

A year of re-envisioning for bank funding infrastructure
22 Jul 2021
No Comments
SFM Interview: Stanford’s Duffie on US treasury clearing progress, repo data and SRF
3 Nov 2021
No Comments
Big US banks prepare to move off of LIBOR as derivatives benchmark rate (Premium)
24 May 2016
No Comments