State Street announced that it will offer its State Street PriceStats Series, a comprehensive suite of indicators to monitor trends in retailer pricing and consumer demand in 22 countries, to central banks around the world at no cost. The announcement comes following an influx of inquiries from central banks as they seek to mitigate the negative economic effects of the pandemic.

The indicators, which are created by Price Stats, through its exclusive partnership with State Street, track daily price fluctuations in millions of consumer products sold by hundreds of online retailers around the world. This information is synthesized using econometric algorithms to produce high-frequency consumer price indices that help our clients monitor trends in inflation. Because many retailers adjust prices in real-time based on consumer purchasing patterns, the data can also offer insights into consumer demand in the real economy.

“While the COVID-19 pandemic has led to a sharp decline in aggregate retail prices, the drop thus far has been smaller than what we observed during the last downturn, following the default of Lehman Brothers in September 2008,” said Will Kinlaw, head of State Street Associates (SSA), an academic affiliate of State Street, in a statement. “State Street and PriceStats are pleased to make these indicators available to central banks around the world as they grapple with the economic fallout of the pandemic.”

Alberto Cavallo, the Edgerley Family Associate Professor of Business Administration at the Harvard Business School and co-founder of PriceStats, added that “Declining consumer demand has certainly introduced downward pressure on prices overall, but this effect has also been offset somewhat by supply chain disruptions in certain sectors. These indices will provide central banks with more up-to-date information to support decision making and policy formulation as the situation evolves.”

Examining the drivers of this trend in the U.S. economy, State Street Associates observes that:

The State Street PriceStats Series also tracks daily changes in the proportion of products that are out of stock. A greater proportion of certain items have been out of stock at major retailers as quarantined citizens around the world stock up on supplies: 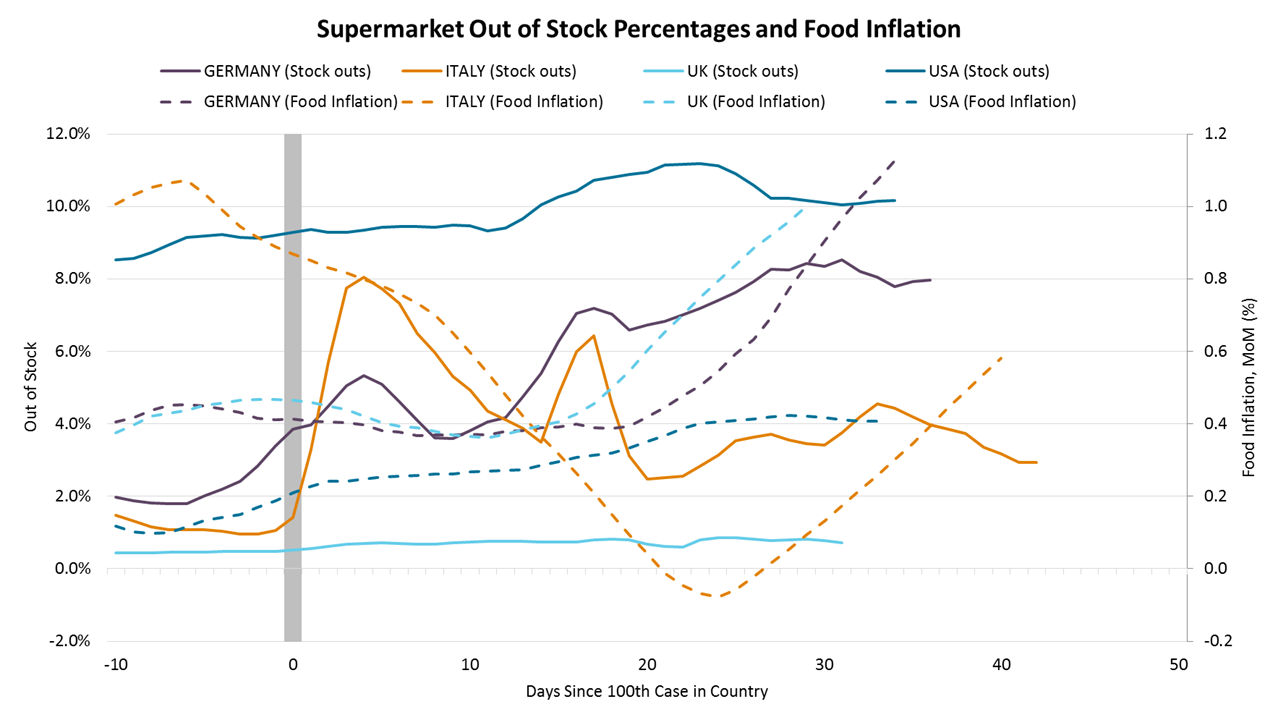