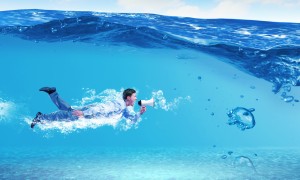 Zoltan Pozsar’s recent paper on the macro view of Shadow Banking pointed out an important connection in financial markets – that the Bank of England is now the global backstop for liquidity in Eurodollar transactions. This is a massive change in the functioning and perception of offshore US dollar markets. Here are the details.

We documented on November 5 and November 10, 2014, that the Bank of England had expanded the Sterling Monetary Framework to accept selected broker-dealers and CCPs access to liquidity in times of stress. As the BoE’s press release noted, ” In providing these critical functions, both broker-dealers and CCPs are exposed to liquidity risk. As the supplier of the economy’s most liquid asset, central bank money, the Bank is able to be a ‘back-stop’ provider of liquidity, and can therefore provide liquidity insurance to the financial system.” While this creates some moral hazard, it also provides great assurances to investors that their risk is limited.

Pozsar’s paper added an important note that we had missed: “The BoE’s announcement applies not only to the sterling money market, but also the Eurodollar money market. This is because the Bank’s U.S. dollar operations are also governed by the Sterling Monetary Framework (see the BoE’s Market Notice on USD Repo Operations from November 5th), which coupled with the October 31, 2013 announcement by the Bank of Canada, the Bank of England, the Bank of Japan, the ECB, the Federal Reserve, and the Swiss National Bank that their temporary bilateral liquidity swap arrangements are being converted to standing arrangements (which constitute a network of bilateral swap lines among the six central banks and allow for the provision of liquidity in each jurisdiction in any of the five currencies foreign to that jurisdiction) means the BoE also backstops Eurodollar funding (repo) and derivative (swap) markets.”

When looked at through the prism of Shadow Banking, cash funding and even CCP regulations, this means that outside the US, pretty much any European or even global market participant needing liquidity could turn to the Bank of England. Asset managers would get there via CCPs, banks or broker-dealers. A non-UK player could get there via a Sterling Monetary Framework participant. This basically means that for any reason, the Bank of England will be there in case of a crisis in liquidity outside the US. As Pozsar notes and we agree, this huge gain in liquidity has come at the cost of the huge increase in global regulations. Its really not a bad trade off, all things considered.

The last piece of the conversation is that the Federal Reserve has taken a different and opposing position to the BoE. Instead of being a liquidity backstop, its policies have focused on, to paraphrase Pozsar, pushing out private money in favor of public money. The Bank of England’s plan keeps private sector market participants in the driver’s seat and will help them out in case of illiquidity. The Federal Reserve’s plan sidelines the private sector. We like the Bank of England’s plan much better.

Thanks to Zoltan Pozsar for pointing this out.