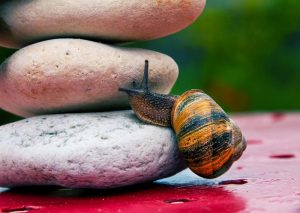 The BIS repo paper: one step forward but mostly an example of frustrating regulatory thinking

We read last week’s “Repo Market Functioning,” the paper from the Bank for International Settlements’ Committee on the Global on the Financial System, with interest and frustration. There is good news and bad news here, but overall this paper steps so gently, phrases so much language in maybe and could-be hypotheticals, and substantially downplays the evidence, that it seems out of touch with the reality of the markets.

The good news is that the paper and the study behind it were executed at all. This means that regulators recognize that repo market functioning might not be healthy and this might have implications for the markets. The paper does a good job of exploring the functioning of the repo market. It takes a balanced view of why a smaller repo market might be a good thing (less systemic risk) versus what are the economic benefits that repo provides. It can make the connection that regulations have reduced the inability of cash investors to access private sector repo, that costs are high and that spreads can jump wildly on financial reporting dates. They have all the right data and present the right charts and graphs in the paper. It concludes by proposing a broader study over the next two years that evaluates more fully the costs and benefits of repo to financial markets and economic stability. Repo is now more fully on the regulatory radar screen, and that’s a good thing.

The bad news is that in spite of what we read as ample evidence, the Committee finds it difficult to establish a causal link between the Leverage Ratio, other regulations and a sharp drop-off in non-nettable repo transactions between 2014 and 2016. It couches in the most gentle language possible that repo might not be functioning like it should for the betterment and safety of financial markets in times of stress. It tiptoes around the fact that regulators have set up markets for long-dating bank paper while investors want short-dated paper, and that this imbalance has spilled over into a range of other areas (this is a question for another day, they say). It almost appears that they are willfully turning a blind eye to what is in front of them.

And this leads to our biggest argument with the paper: at multiple points and especially in the conclusion, this group of regulators is concluding that while repo markets should be “observed” during a time of “transition,” the real solution is more government intervention. The wrong-headedness of this fundamental assumption might be highlighted, underlined and emphasized.

It is almost amazing to see how the predilections of regulators to ignore a poorly functioning market then suggest more government intervention flies in the face of what Every. Single. Non-government. Organization. has been saying for years. We have a raft of articles in Securities Finance Monitor over the causal, observed and direct link between repo and effective financial markets including the avoidance of flash crashes. ICMA has published repeatedly on the causal, observed and direct link between regulation and repo. See for example their “CLOSED FOR BUSINESS: A post-mortem of the European repo market break-down over the 2016 year-end,” which used their own data and surveyed repo dealers, the buy-side and infrastructure. This is the same market that the BIS has been speaking with; there are no other audiences. The ICMA finds “It is now a well-established reality of the post-Basel III era that banks are forced to reduce their trading activity and liquidity provision around month-end reporting dates particularly quarter-end, and critically at year-end” and that the Leverage Ratio is now a deterrent as much as a constraint. The Committee has the same data – in fact they published the same data – and yet come to the conclusion that more Central Bank repo is the answer.

There is a counterargument to our critique, which is that in regulator-speak, this is an impactful paper that shows the concern that regulators feel, but that must be presented in only the softest language to ensure the greatest level of buy-in. Okay, we can see the point, but as a panelist at our March 21 industry conference questioned, can the repo markets even help solve a crisis if one were to arise today? The paper notes the same question but puts it off. That’s a very weak outcome for such an important topic.

This disappointment may have been anticipated given previous Committee and BIS papers (including a clear conclusion of bias towards groupthink by a BIS research audit team). And we’re not arguing for any sort of massive regulatory repeal here. But a continued insistence that the repo market is just transitioning and that while requiring observation, everything is basically okay, misses a major fact of today’s financial markets. Banking activities exist to support economies and economic growth. Regulation has forcefully and effectively blocked this chain of activity from happening in the private sector repo markets, hence Central Banks are recommended to do more to resolve liquidity and balance sheet constraints. That’s not what Central Banks should do at all.

One positive note in the Annex can be found on the NSFR, which the Committee has recognized as an obvious problem: “An approach to mitigate potential negative effects of the NSFR in longer-term repo markets could be addressed, for instance, by considering the collateral in a reverse repo in the form of lower stable funding requirements for the receivable (as is the case in the short-term maturity segment). By aligning the RSF factors for HQLA collateral, for instance, one could differentiate repo transactions against high-quality collateral from those against low-quality collateral or unsecured lending transactions.” This could turn into a light at the end of the tunnel but right now it’s more like a dim flashlight off to the side of a sewer canal. If the NSFR even moves forward in major jurisdictions, this type of change could be both practical and functional.

Finadium is looking for a Team Player in Europe
29 Jun at 5:30 am
No Comments
Rates & Repo NYC Nov 5 2018: first 40 registrations; first speakers announced; keynote presenter
13 Sep 2018
No Comments
High stakes in the debate over CBDCs v stablecoins in DeFi
6 Apr at 4:00 am
No Comments