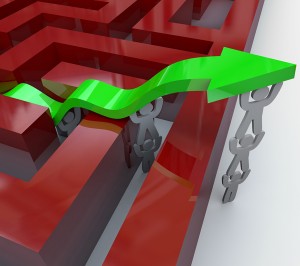 The BIS weighs in on collateral management's opportunities and risks

One underlying theme was the traditional decentralization of collateral information. The paper noted that information is often tracked by asset class, on a geographical or jurisdictional level, or by custodian. Individual businesses ended up with no single view of aggregate securities positions and little information being shared. Collateral was not considered a major cost driver and management was often relegated to Ops groups.

But that is soon to be history. Some of the biggest changes to collateral management are in the way participants can now view positions.

“…Aggregate views are being developed in a variety of ways. First, many of the largest custodians have implemented, or have plans to implement, a custodial platform that is global in nature. This will be a single system or set of connected systems that allows a customer a single view of all its available collateral held by the custodian, regardless of location. Furthermore, for a customer with multiple legal entities, firms provide access control functionality that supports various permutations of views depending on the level of permissioning…””

“…a number of custodians are making technological improvements to support a view of holdings that includes assets held away from the primary custodian. These “custody-agnostic” models support aggregation of available securities across multiple custodians within or across locations to provide the customer with a single view of all holdings…”

This sounds like Euroclear’s Collateral Highway and Clearstream’s Global Liquidity Hub…and the BIS is a fan. In effect using custodians to de-silo businesses takes the pressure off changing business models. To ask a firm to change its internal systems, to say nothing of its culture, to allow for global views (and management) of collateral is a challenge. Extracting the information on the custodian level sounds a lot less painful. But this begs the question of who will then manage the collateral requirements – on the sell side will it be repo, treasury, or some super-collateral desk? On the buy side it is probably a bit easier, but still means organizational changes and added costs. Writing specifically about the buy side:

“…the buy side has had less need for as sophisticated approach to collateral management. This is probably due to the fact that many buy side firms tend to own a significant amount of high-quality collateral outright and have historically had fewer collateral obligations. However, the advent of the mandatory central clearing of OTC derivatives and it associated collateral requirements, as well as bilateral margining requirements, are forcing the buy side to think more strategically about its approach to the management and deployment of its collateral…”

The other development that the BIS wrote about is optimization: the decision on what collateral to offer up. The starting point is some notion of “cheapest to deliver”, but it quickly gets more complicated. The report said:

“…Some CMSPs [Collateral Management Service Providers] are increasing the sophistication of the algorithms used to generate recommendations on how best to deploy collateral holdings. Historically, these algorithms have been somewhat rudimentary in nature and have been limited to (i) cheapest to deliver and (ii) customer preference (where the firm prioritises its list of counterparties, with collateral then being deployed according to the counterparty hierarchy)…”

But as models get more sophisticated, other factors are being considered. They include the cost of moving paper, tax implications, cash management, repo scarcity, and concentration issues. We would note that these multi-factor models will get very complicated, very fast. Its no wonder that cash is still king when it comes to collateral.

To the BIS, the upside to better collateral management is improved mobility of securities, increased market liquidity, and increased operational automation and standardization.

But what are the risks? By drawing information and moving collateral around multiple systems, it creates “…increasing dependencies across a number of systemically important financial institutions and market infrastructures across locations…” Operational complexity increases substantially. When there is an intricate chain of both internal and external systems being relied on, business continuity planning becomes paramount.

“…As firms become more confident in and reliant on automated improvements to support easier movement of securities across borders, they may reduce the buffers of excess collateral they currently hold in local markets to meet potential collateral obligations in those markets. Consequently, during an outage of some or all of the operational connections that support the aggregation of information on available securities, the likelihood increases of a customer failing to have adequate collateral to fulfill its obligations in one or multiple markets…”

The paper also noted that different systems would update data at varying frequencies. Some are real time, others daily. Knowing the impact that stale data may have and what to do about it is critical. Trying to deliver a security that no one knew was already sold is a nightmare. Getting this right is harder than is sounds.

There are risks associated with collateral optimization. The BIS wrote about the impact that always looking for the cheapest to deliver collateral will have on the market:

Collateral substitution, a factor that has not gotten a lot of attention, was also brought up.

“…As market participants in some locations extend repo transactions to 30, 60, 90 days or longer, the securities used to collateralise that trade may change multiple times through the life of the trade as the pledgor of collateral sells and buys securities over time and the optimisation process seeks to improve collateral management efficiency…”

The operations and data risk associated with substitutions – not to mention the complexity of knowing when and what to substitute — should not be underestimated.

“…A key risk is the likely maturity mismatch between the trade that has generated the collateral requirement and the transformation trade undertaken to procure the needed securities to fulfill the collateral obligation. For example, a derivatives trade may be a multi-year trade requiring collateral to be pledged as margin throughout the life of the trade. However, the transformation trade (perhaps a repo) to obtain the collateral to be pledged to the CCP or bilateral counterparty in support of the trade may, for example, be an overnight trade or an open trade. Even for transformation trades that are months in tenor, the party receiving the higher-quality securities for onward pledging in fulfillment of a collateral obligation is likely to face significant mismatch risk. Market participants engaging in such activity should understand this mismatch risk and the potential implications…”

We have written about the maturity mismatch in collateral transformation trades before. Take a look at our October, 2011 post “Derivsource: Collateral Transformation, Silver Bullet or Smoke and Mirrors?” where we write:

“…One critical issue that isn’t mentioned is the maturity risk of the collateral swaps. Sec lending trades are, by and large, done on open or overnight. While sec lenders may anticipate always having a critical mass of eligible paper to feed the collateral swap, their custodian parents don’t typically have the ability to lock in the underlying clients holding. Eligible collateral borrowers need a contractual obligation from their lenders guaranteeing to have paper available for as long as their underlying derivative trades require…

HQLA can disappear exactly when you need it most. Lenders pull back during times of stress and, as in a game of musical chairs, someone could be left standing when the music stops.

BofE's Tucker may turn the tri-party repo market upside-down
2 May 2012
No Comments
SunGard: Collateral Optimization: The Next Generation of Collateral Management?
16 Apr 2015
No Comments
BIS report: central banks continue to explore their own cryptocurrency issuance
10 Jan 2019
No Comments