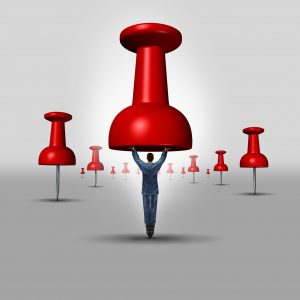 Time for an SA-CCR in securities finance

While the focus of recent regulatory conversations has been on derivatives, a missing part of the conversation is support for physical markets through financing activities. Regulators have consistently said that they support robust physical markets as a source of corporate fundraising and to support retail investors. Better derivatives regulation is good, but better securities finance regulation could create meaningful improvements in equity and bond market liquidity.

For securities finance, an SA-CCR related increase to the cost of equity derivatives could be thought of as a help… except that at a 23% increase in Exposure at Default for equity products, this is unlikely to be enough of a cost equalizer for bilateral securities finance transactions to become more attractive from a balance sheet perspective, given a 500% cost difference in a model we developed to test the balance sheet impact of each product. Rather, this figure could instead cool the excitement about bilateral Delta One and synthetics and turn interest towards the cleared market for comparable products.

A competitive disadvantage for bilateral securities finance comes at the same time as beneficial owners want to participate in securities lending, partly the result of perceptions that securities lending has become a lower risk, higher transparency product than it used to be. Available assets to lend has risen from US$15 trillion in 2013 to over US$20 trillion in 2019. Meanwhile, changing borrower needs across General Collateral and hard to borrow securities has left some groups of beneficial owners with reduced revenues as measured by returns/assets under management.

A critical problem in getting to comparable balance sheet costs in US and global regulation is that derivatives have ardent supporters in the regulatory community while securities finance often have none. As one example, CFTC Chairman J. Christopher Giancarlo has emerged as a strong defender of the derivatives industry. In an April 17, 2019 speech, he said:

The current implementation of the SLR is biased against derivatives.  It does not take into account the fact that outstanding derivative contracts in a portfolio can offset each other and thus reduce the potential risk exposure.  It incorrectly treats the notional size of a derivative contract as representative of the total potential risk of that contract.  It ignores the exposure-reducing effect of margin for clearing firms.

On the repo side, the main US conversations have been about government intervention in the form of a Standing Repo Facility to create a cap on rates, in part to avoid Secured Overnight Financing Rate (SOFR) spikes, and to ease bank requirements for holding excess assets in reserve. This follows a June 2017 report from the US Treasury proposing to remove US Treasuries from the Leverage Ratio; this would free up substantial balance sheet for US repo. While we would not say that repo has a strong advocate in government circles, most regulators recognize that SOFR needs to be supported, and this means ensuring a robust repo market.

The securities finance industry does not have any advocate to speak of. One regulator that should support financing is the US Securities and Exchange Commission (SEC). Securities finance fits squarely into the SEC’s mission of protecting investors, maintaining fair, orderly and efficient markets, and facilitating capital formation. As SEC Chairman Jay Clayton noted in an April 10, 2018 speech, “Attracting a broad range of investors provides the liquidity that promotes efficient markets.  And vibrant equity markets underpin capital formation in many ways, including by facilitating the raising of equity capital by public companies and by providing valuable information – think price discovery through comparable metrics – about a company’s value.” Securities finance promotes this exact activity for equity markets. However, the SEC has not yet been able to focus on securities finance, including passing by the directive in the Dodd-Frank Act, Section 984 that rules were meant to be introduced by 2012. The last time that the SEC held a public meeting on securities lending was 2009.

One way to support equity and bond markets is to support securities finance, and that in turn requires that securities finance be viewed on bank balance sheets at least not unfavorably compared to economically equivalent derivatives transactions. Maintaining an equivalent framework would suggest that a version of the SA-CCR for securities finance transactions is required. More netting sets, better recognition of collateral and risk, and comparable calculations for RWA would help support liquidity for underlying physical markets. Comparable balance sheet costs would also boost liquidity for the calculation of SOFR.

This is not the first call for SA-CCR changes with securities finance in mind, nor will it be the last. In May 2015, the RMA Committee on Securities Lending wrote to the Basel Committee on Banking Supervision asking for action:

The RMA Committee proposes that the SA-CCR be modified and adopted for agency securities lending transactions by mapping loan and collateral asset classes to one or more existing SA-CCR asset classes… Such a mapping would have the benefit of creating similar capital charges for transactions with similar economic exposures and would have the benefit of consistency across frameworks.

An SA-CCR for securities finance is a logical and somewhat obvious solution to the current capacity issue in supporting this market functionality. Although securities finance is still weighed down by perceptions that it is part of shadow banking, it provides a useful service for building capital markets liquidity. As the US SA-CCR will go live in January 2020 (more on that here), now is an ideal time to fold securities finance into this regulation to benefit financial markets.

If brokers move their business to fintech firms, FINRA may not have oversight. Is this a good thing?
9 Oct 2018
No Comments
Finadium: A New Look at Securities Lending Operations and Technology
9 Jun 2015
No Comments
An imperfect deal on margin at NSCC’s proposed equity finance CCP is much better than no deal (Premium)
7 Jan 2021
No Comments