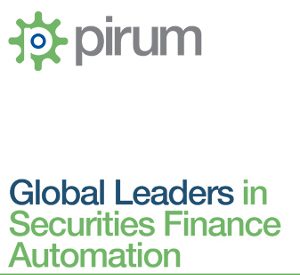 Financial markets are paying attention to capital and balance sheet as a top priority: this fact is driving trading decisions and redefining decades-old relationships. Banks and other regulated institutions are looking closely at each aspect of capital costs and are finding some unusual conclusions, especially in what used to be the quieter collateral operations corners of their enterprises.

The reasons behind this focus are well known: Basel III and related domestic regulations mean that capital charges eat into the profitability of every transaction. Taking the Liquidity Coverage Ratio as one example, an outstanding liability increases the denominator, pushing bank capital ratios lower. On the other hand, an outflow of cash, a High Quality Liquid Asset, will decrease the numerator, again pushing the LCR ratio lower. Banks can respond to these pressures by increasing fees – which they do up until competitive or client-driven limitations kick in – and by managing their businesses for the greatest capital efficiency.
Trade date transparency is the latest area where banks can save on their capital costs and as an added benefit increase their internal efficiencies. Trade date transparency is not an area that gets much attention; in fact, it is part of the generally amorphous idea of Big Data and can get lost in the weeds. When looking at reducing capital costs however, the details matter, and this is where trade date transparency is important.
The mechanics of trade date transparency
The current process of evaluating trade date transparency in securities finance and collateral management is a batch cycle. Banks see collateral positions a full 24 hours after trades have occurred and collateral has been moved. This is good and certainty better than nothing. However, seeing a position the day after it happens leaves room for error and increased cost in both operations and collateral optimization.
Moving to same day transparency is another matter altogether. In a same day or near real-time model, banks see positions before they are charged in an overnight payment cycle. This means that errors or a revised decision on outstanding collateral can be corrected before payment occurs. The ability to flag these issues on trade date means that post-trade issues can be avoided before they even happen.
Taking one example of how this transparency saves actual capital, let’s look at a scenario of a securities lending transaction against government bond collateral. When a bank borrows stock, it must post collateral that comes with a charge; a central Treasury group charges for each Dollar, Euro or Yen outstanding. This might be a static financing charge or a sliding liquidity fee based on the collateral. In either case, bank business units need to make certain that they are posting the right amount of collateral in order to not be overcharged.
While most securities lending positions are reconciled by the borrower, the lender and a tri-party agent, what happens when reconciliations fail? If a borrower has US$100 million in collateral posted but has already returned stock, there is a US$100 million position where the central Treasury group is charging the business unit. If this extends even one day, that can become a tangible fee. Extending the cost over month-end amplifies the cost. There are direct implications not just in the fees charged to the business unit but also what else could have been done with that collateral at the bank enterprise level. This is a loss twice over. There is also an RWA impact, as the borrower has maintained an uncollateralized exposure to a counterparty at a 100% risk weight. This factor rolls up into every capital calculation that utilizes RWA as a building block.
While this example may seem like an outlier, we find that it happens more often than people think. The reason is that reconciliations are typically a manual process. The more manual intervention, the more that opportunities for missing collateral opportunities can occur. Even with next day automated reconciliation, an error could be on the books overnight and accrue a capital charge. This is the same conversation as outstanding fails in equity or listed derivatives markets: fails mean that banks need to reserve capital for expected settlements, and the longer the settlement time, the more capital needs to be set aside.
The cost of inefficiency
Banks stand to save plenty by making their collateral settlements as accurate as possible. According to the leading securities lending data aggregators, there are now some US$900 billion in non-cash securities lending positions worldwide. Arguably, the majority of these positions are managed by tri-party agents. Further, according to a recent study by DTCC-Euroclear GlobalCollateral Ltd, the industry-wide collateral settlement fail rate for OTC derivatives is 3%. Taking a lower figure for tri-party collateral of 1%, that would suggest that there are US$9 billion in collateral mis-allocated or posted incorrected on a daily basis in securities lending.
This US$9 billion figure leads us to an industry-wide cost of fails. Presuming a 10 basis point internal charge for collateral, bank business units pay US$9 million a day for their collateral errors. At 360 billing day a year, that comes to US$3.24 billion on an annual basis. This says nothing about RWA or lost opportunities.
The Pirum Advantage
At Pirum, we are delivering real-time services to our customers globally with demonstrated benefits to capital costs. Our view is that transparency doesn’t point fingers; it just shines light on opportunities for capital improvement. Our clients report the following tangible benefits:

Trade date transparency is a building block process: Pirum users start with the end of day Contract Compare on a batch cycle. This lets users get their bills in earlier. A move to real-time services means receiving a file every 10-15 minutes that shows differences from the previous day’s position (see Exhibit 1). If contracts are correct on trade date, that impacts billing and affects the collateral that is being posted: errors that are caught on trade date stop at trade date. This is operational efficiency, with the goal of stopping errors before they turn into a capital charge downstream.
Figure 1: How Pirum’s Real-Time Services Work

Source: Pirum
There is a direct connection between collateral efficiency and capital savings. By achieving real-time, trade date transparency in collateral positions, banks can save real money by reducing capital charges from central Treasury and by freeing up collateral for other purposes. In the current era of capital conservation and balance sheet management, trade date transparency provides an opportunity for business users to generate real savings.
Mark Schilling is Global Head of Sales at Pirum.

Who benefits from growth in peer to peer securities lending revenues (Premium)
8 Sep 2020
No Comments
We review the DTCC/Field Effect white paper on SFTR
31 Jul 2018
No Comments
Connected Data: The Opportunity for Collateral and Liquidity Optimization
12 Sep 2019
1 Comment