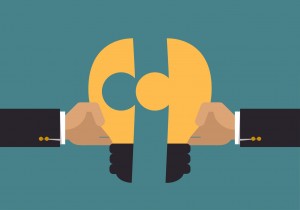 Two articles on tri-party repo were published on May 11th. The first, “Financial Innovation: The Origins of the Tri-Party Repo Market “ by Antoine Martin and Susan McLaughlin on the Federal Reserve Bank of New York’s Liberty Street Economics blog tells the story of how tri-party came to be. The second was a press release from BNYM announcing they have reduced the extension of secured credit in tri-party by $1.44 trillion or 97%. Both are worth a read.

The Fed blog post looks way back to the days of Salomon Brothers trying to figure out how to reduce repo fails. Deliveries of paper across the Fed Wire had this occasional habit nasty habit of coming in at the last minute (called being “slammed”), sometimes preventing dealers from re-delivering that paper. Repo fails are expensive.

“…To illustrate, suppose that Salomon borrowed $100 million against Treasury securities from Investor A in an overnight repo yesterday, but Investor A does not want to renew the repo today. To continue to finance these securities, Salomon would look for a new counterparty, Investor B, that would agree to lend it $100 million against the same collateral. To effect the change in counterparty, the securities would have to be delivered to Salomon via the Fedwire® Securities Service by Investor A against repayment of the repo, and then sent to Investor B in a separate movement of securities. If Investor A sends the securities back too late in the afternoon, it may not be possible to deliver them to Investor B before the securities wire closes for the day. In such a case, Salomon would incur a “double” charge: it would still have to pay interest to Investor B, but it would also need to finance the securities it held overnight through a “box loan” with its clearing bank, on which it was also charged an interest rate…”

In tri-party, the paper doesn’t really move from the tri-party agent’s account at, in this case, the Fed. Settlements can happen even after the Fedwire has closed.

But the big advantage of tri-party was it avoided Hold in Custody (HIC) repos. The collateral in a HIC repo stays at the collateral provider’s account and does not move to the cash lender. These also were called “Trust Me repos” and it was not a term of endearment. It turned out it was a bad idea to blindly trust that the collateral was actually there. The blog post mentioned Lion Capital, ESM, and Bevill, Bresler, and Shulman – three repo dealers that went bust over collateral issues. Tri-party meant that the collateral sat at the clearing agent, who effectively put a lien on the paper.

Finally, the post looks at the efficiency gained as a result of tri-party:

“…By reducing risk and costs associated with the settlement of bilateral repos, the tri-party arrangement made securities dealers more efficient and provided greater safety to their lenders. This innovation reduced the cost to dealers of making markets for Treasury securities, and enhanced Treasury secondary market liquidity. A liquid market for Treasury securities benefits the financial system and taxpayers in multiple ways, most notably by bolstering confidence in and demand for the asset class, thus reducing the government’s borrowing costs. In a companion post, we document how the efficiencies associated with the tri-party arrangement led to a huge increase in volume and allowed the financing of riskier securities, which contributed to systemic risk…”

We will be interested in seeing the follow-up post, especially the part about systemic risk created by the clearing banks in the daily “unwind” and “rewind”.

Speaking of the “unwind” and “rewind”, BNYM:

“…announced today it completed its tri-party repo risk reduction initiative in support of the recommendations of the Task Force for U.S. Tri-Party Repo Infrastructure Reform. As part of these efforts, BNY Mellon reduced the secured credit extended in the tri-party repo market by $1.44 trillion, or 97%, resulting in the practical elimination of such credit in its program, which was a critical Task Force goal outlined in 2012…”

This was the primary goal of the tri-party reform pushed by the Federal Reserve. BNYM noted that along with the reduction in exposure, that tri-party systems now include:

This is a major accomplishment and should be congratulated. There is still work to do on tri-party, most notably on fire sale risk. The flip side of the clearing banks not holding all the (secured) risk during the day is that the cash lenders have it and with it comes fire sale risk.

"To Boldly Go…": Keeping a close eye on securities lending for asset holders
20 Jun 2016
No Comments
The Bank of England as the international source of last resort liquidity
23 Feb 2015
No Comments
Canadian banks in the global prime brokerage market
18 Apr 2019
No Comments