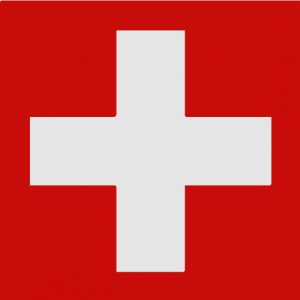 A crowd of 30 generated a robust conversation at Finadium’s first securities lending and repo update last Thursday, September 18th in Zurich, sponsored by Zurcher Kantonalbank and Eurex Clearing. We summarize what we discussed, what we learned and where we see things going.

The panel discussion covered four main topics: the growth of securities lending CCPs, collateral shortages from the Swiss perspective, the growth of alternative financing products and the importance of indemnification. The securities lending CCP topic was also discussed at IMN’s Beneficial Owner Conference in London but took a different direction. In Zurich we found a group of Balance Sheet Haves, as we have come to call them (more on that here). The value of the CCP for them is not so much balance sheet relief as it is distribution to more audiences, and support for counterparties that have limited credit lines or themselves are balance sheet constrained. This is in contrast to some of the IMN panelists who mentioned balance sheet constraints as primary reason to get on the CCP right away. Both the Balance Sheet Haves and Have-Nots say that they are signing up for Eurex Clearing’s Lending CCP now with the expectation that trading will build through 2015, but their reasons for doing so are different.

Given that many of the participants have excess balance sheet, they did not see collateral shortages impacting them in the near future. They were more looking at opportunities for leveraging their long holdings but only as market conditions presented themselves. As European collateral downgraders know, the current spreads on these trades are poor relative to a “regular” securities loan for government bond collateral. Many in the room agreed though that localized collateral shortages (bottlenecks) could occur in the future, but this would be seen as an opportunity for long asset holders in Switzerland and not a particular challenge.

We had an active discussion about the breaking down of silos and rise of alternatives to securities lending and financing, including Total Return Swaps and synthetic financing. Our opinion on this is that silos will continue to be less relevant as the current phase of market evolution unfolds. Our first expectation is that securities lending and repo desks will merge. The next (or concurrent) step is the creation of central collateral funding desks (for more on that, see Finadium cited in this article from The Trade.) The next and tougher questions come when, as we’ve been saying, water flows in the path of least resistance: what if a swap is cheaper and easier than a securities loan, or a futures trade is easier than a repo? Eurex discussed their new 30 day repo funding future as one example. This is tough stuff for siloed business models.

The future of indemnification got relatively less attention since after an hour and 15 minutes we were all about ready for the reception. Still though, the topic generated some healthy discussion, with multiple ideas floating around including changing pricing models depending on where and how loans are made, and pricing for the use of an agent lender’s infrastructure on transactions that are not technically securities loans. Interesting stuff.

Our great appreciation and thanks to attendees, panelists, ZKB and Eurex for a successful event.