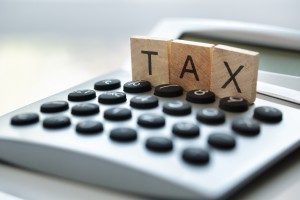 Financial Transaction Taxes (FTT) make for great political soundbites. Tax the banks! Raise revenues! There are a bunch of ways to get that job done but FTTs aren’t it. Here’s why FTTs are not fit for purpose while damaging the constituencies that politicians want to support.

The more recent call for a FTT came from the Michael Bloomberg campaign for the US democratic nomination. His plan proposes “a tax of 0.1% on all financial transactions, including stocks, bonds and payments on derivative contracts. The tax would be phased in gradually, starting at 0.02%, to monitor and minimize any unintended consequences.”

The surface logic of FTTs always make sense: if you want to make money, go where the money is. In this case, that’s the business of trading and trading commissions. Theoretically, the impact of a tax would affect only the rich and would reduce high frequency speculative trading. The Bloomberg campaign says that “By one estimate, if the U.S. imposed a financial transaction tax of 0.10%, about two thirds of the burden would fall on the top 10% by income. Bloomberg is far from the only politician in the US or globally who thinks FTTs are a good idea. Other US presidential candidates have called for it as well as US House representatives, and 10 EU countries including France, Germany and Italy continue to push for a joint FTT across the union.

The bad news is that FTTs fail to deliver on several fronts, notably:

Even the research paper that Bloomberg uses in support of an FTT is uncertain whether this is a good idea. The 2015 “Financial Transaction Taxes in Theory and Practice” from the Tax Policy Institute concluded that “An FTT at the rates being proposed and adopted elsewhere would discourage all trading, not just speculation and rent seeking. It appears as likely to increase market volatility as to curb it. It would create new distortions among asset classes and across industries. As a tax on gross rather than net activity, and as an input tax that is not creditable and thus cascades, the FTT clearly can most optimistically be considered a second-best solution.”

If you want to tax banks and trading firms, there are easier ways to do it, including taxation based on the size of the balance sheet, duration of trading activity or reserves held at the Fed. An FTT will fall on the underlying people and institutions who transact in financial markets. There will be some high frequency traders, but also millions of small retirement savers. It will also force a rethink of trading strategies by major institutions, which will lead to a decline in market liquidity on a daily basis, which in turn leads to increase costs for issuing firms (and governments). FTTs sound really good on paper, but the broader impacts to financial markets and investors is are not worth the press. There are better ways to achieve similar goals.

What the Financial Stability Board is saying about non-bank financial intermediation (Premium)
24 Nov 2020
No Comments
Widespread media coverage of end of quarter UST repo rate hikes, but this is the new normal
2 Apr 2015
No Comments
The FT suggests that collateral transformations amount to regulatory arbitrage
1 Dec 2015
No Comments