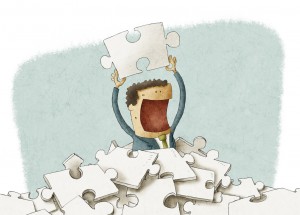 The Fed updates on Tri-Party Repo Reform. What is left to do: cross-clearer GCF and post-default fire sales.

Probably one of the major accomplishments of the year was BNYM completing their technology revamp, allowing for the “unwind/rewind” of tri-party intraday credit to compress. From the statement:

“…Earlier this spring, Bank of New York Mellon completed the final piece of its new settlement process for triparty repo, achieving a number of reform goals and serving to bring all triparty repo trades into alignment with the roadmap originally laid out by the Industry Task Force back in 2012. As a result, the share of triparty repo volume that is financed with intraday credit from a clearing bank has dropped markedly, from 100 percent as recently as 2012, to a level averaging 3 to 5 percent today (as compared with the Task Force’s original target of no more than 10 percent). Clearing banks, dealers and investors all made changes to their practices and processes that helped to achieve this goal…”

What is still left to do? GCF repo still presents a problem when it involves moving across settlement agents.

“…the subset of GCF repo transactions that occur between dealers at different clearing banks are still unwound at 8:30 am, and still require uncapped, discretionary extensions of intraday credit by the clearing banks to settle. This is a potential source of market instability in periods of stress…”

The Fed is concerned that should client cash disappear in a crisis, dealer financing will be sourced via GCF repos. The transition may force cross-clearer movements and the associated intraday credit, just when they don’t want to see the exposure build up in the system. Granted, this is very short-term exposure, but it is still scary (and complex) stuff. The objective was to fix this problem by sometime in 2015. It does not look like it will happen this year. For more on the GCF cross-settlement agent tri-party, take a look at “The Financial Plumbing of GCF Repo® Service”, part of the NY Fed’s Staff Report “A Primer on the GCF Repo® Service” by Kate Pingitore, Paul Agueci, Caroline Prugar, Leyla Alkan, Tyisha Rivas, and Adam Copeland (May, 2014)

One way to fix the problem might be to consolidate the tri-party clearing business into a single entity. That way there are no cross-clearer flows. But short of the tri-party clearers spinning their businesses into some sort of JV or a different infrastructure entity (the Fed?) taking it over, the market will have to wait for the technology to fix the problem and/or process changes by the clearers. We are skeptical that any kind of major business model change — for example, a consolidation — is coming (…voluntarily). Too much money has been invested in the infrastructure and it is deeply integrated with other custody/collateral management/etc. functions. Tri-party repo clearing is not an unplug-and-play kind of business.

What else is to be done? Figuring out how to deal with fire sales is still on the agenda. We wrote about this just yesterday in our post “Fitch zeros in on corporate tri-party repo, fire sale risk, and rising interest rates”.

The Fed has said that increased capital and liquidity regulations have helped address pre-default fire sales, but post-default still present a problem. If you want some background on this issue, read the excellent Federal Reserve Bank of New York Staff Report “The Risk of Fire Sales in the Tri-Party Repo Market” (May 2013) by Brian Begalle, Antoine Martin, James McAndrews and Susan McLaughlin.

“…But as yet, no mechanism exists to address the challenge of coordinating sales of collateral by the creditors of a defaulted dealer in an orderly manner. The New York Fed acknowledges current industry efforts to develop central clearing mechanisms for repo financing, which may offer opportunities to establish a process for orderly liquidation of assets of a defaulted member, which is a common feature of central counterparties in other markets…”

Are repo CCPs the answer for post-default fire sales? Only if the CCPs have enough capital, default funds and/or external liquidity to absorb the price volatility that will come with member defaults. Holding onto the paper until the markets settle down is usually the answer to preventing fire sales and mitigating the externalities they would create. That remains to be seen especially with asset classes like corporate bonds. As we noted in yesterday’s post, current trading volume (in corporates) is a fraction of what is necessary to liquidate what is sitting in tri-party repo (much less bilateral).

The assumption that markets will quickly revert to fair, non-fire sale prices reminds us of the two quotes. The first was credited to John Maynard Keynes: “The market can stay irrational longer than you can stay solvent.” The second requires no further attribution: “Sell, Mortimer; sell”.

Man on a mission: the Bundesbank’s Andreas Dombret has a clear vision of Europe’s financial future
20 Feb 2018
No Comments
What’s the story with collateral trading platforms DBV-X and Elixium? (Premium)
10 May 2016
No Comments
Asset manager thinking on counterparty default indemnification including CCPs (Premium)
24 Sep 2019
No Comments