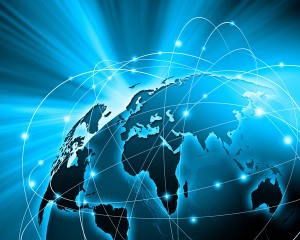 The Joint Forum, consisting of the Basel Committee on Banking Supervision (BCBS), International Organization of Securities Commissioners (IOSCO), and the International Associate of Insurance Supervisors (IAIS) released on June 2nd “Developments in credit risk management across sectors: current practices and recommendations”. A link to the BIS press release is here.

The report, which was based on surveys taken in 2013 (fifteen supervisors and 23 firms from Europe, North America and Asia responded to the survey) had 4 broad recommendations:

Recommendation 1: Supervisors should be cautious against over-reliance on internal models for credit risk management and regulatory capital. Where appropriate, simple measures could be evaluated in conjunction with sophisticated modelling to provide a more complete picture.

Recommendation 2: With the current low interest rate environment possibly generating a “search for yield” through a variety of mechanisms, supervisors should be cognisant of the growth of such risk-taking behaviours and the resulting need for firms to have appropriate risk management processes.

Recommendation 3: Supervisors should be aware of the growing need for high-quality liquid collateral to meet margin requirements for OTC derivatives sectors, and if any issues arise in this regard they should respond appropriately. The Joint Forum’s Parent Committees (BCBS, IAIS and IOSCO) should consider taking appropriate steps to promote the monitoring and evaluation of the availability of such collateral in their future work while also considering the objective of reducing systemic risk and promoting central clearing through collateralisation of counterparty credit risk exposures that stems from non-centrally cleared OTC derivatives.

Recommendation 4: Supervisors should consider whether firms are accurately capturing central counterparty exposures as part of their credit risk management.

“…Supervisors and firms have both also observed that this increase in demand for margin is increasingly specifically focused on higher-quality and more liquid instruments (eg cash and highly rated government bonds). This increase in demand for higher-quality margin has led to concerns that shortages could emerge as more and more firms chase a finite amount of high-quality liquid margin. Current evidence from the marketplace and academic studies suggests that shortages are unlikely and that therefore any concerns are likely to be overstated. However, there is evidence that there may be structural and regulatory limitations within the system which can lead to available collateral posted as margin being immobilised in one part of the system, making it unattainable by creditworthy borrowers. To the extent that such issues could materialise, supervisors may wish to further investigate the cause of such issues and consider how they might be resolved…”

“…Another possible margin risk highlighted by firms (but not supervisors) is the liquidation value of collateral posted as margin. One firm raised the concern that the liquidation value of certain collateral is volatile (eg property in recession-hit countries). Moreover, the supervisory survey raised a concern about the wrong evaluation (or over-valuation) of specialised collateral. As firms move more and more to the use of collateral as a tool of credit risk management, these items may be worthy of further investigation…”

The story of “there is enough collateral to go around, its just not necessary in the right places”, is familiar. We’ve been sympathetic toward that analysis. But we continue to see articles about coming collateral shortages for different reasons. Some, with good justification, blame the repo markets for squeezing collateral markets. Diminished balance sheet results in lower capacity to take on positions and move them around. Without the ability to (use balance sheet to) easily rehypothecate securities, paper doesn’t always get to where is can be most efficiently used. Other analysts look at the reduction in sovereign issuance, the ongoing demand from reinvested cash flows generated by central banks in their QE portfolios, FX and sovereign wealth fund reserves being reinvested, and collateral demand from margining of non-centrally cleared derivatives as important factors that will keep paper in short supply (and rates low).

The highlighting of collateral liquidity was interesting. The pressure to widen the eligible collateral basket is being met with push back from regulators. We noted this in our May 28th post “The Fed releases proposed rules on using Muni bonds for LCR requirements. But the devil is in the details.” The headline was that muni bonds would be allowed for LCR. But when you read the proposed rules, what will qualify is going to be a very narrow subset. It allowed the regulators to say “yes” to the lobbyists, who could declare victory and go home, but not really get what they came for. Ah, politics.

Previous Post
Asset managers, sec lending, and shadow banking: regulators continue to try to connect the dots
Next Post
Mark Carney and Bertrand Badré: Keep finance safe but do not shut out the vulnerable

CCP files to creates a committed non-bank liquidity facility (Premium Content)
16 Dec 2014
No Comments
Nobody wants your cash
22 Sep 2015
No Comments
Would brokers move back into prop trading without Dodd-Frank? (Premium)
25 Jan 2017
No Comments