The hypothetical benefits and risks of central bank digital currencies are being widely discussed. This survey from the Bank for International Settlements adds to these discussions by taking stock of how progress and plans in this area are developing, based on a global survey of central banks.

Responses show that central banks are proceeding with caution and most are only at a conceptual stage with their work. However, a handful have moved to considering practical issues and a couple of central banks with idiosyncratic circumstances might issue a digital currency in the short or medium term – Sweden and Uruguay. 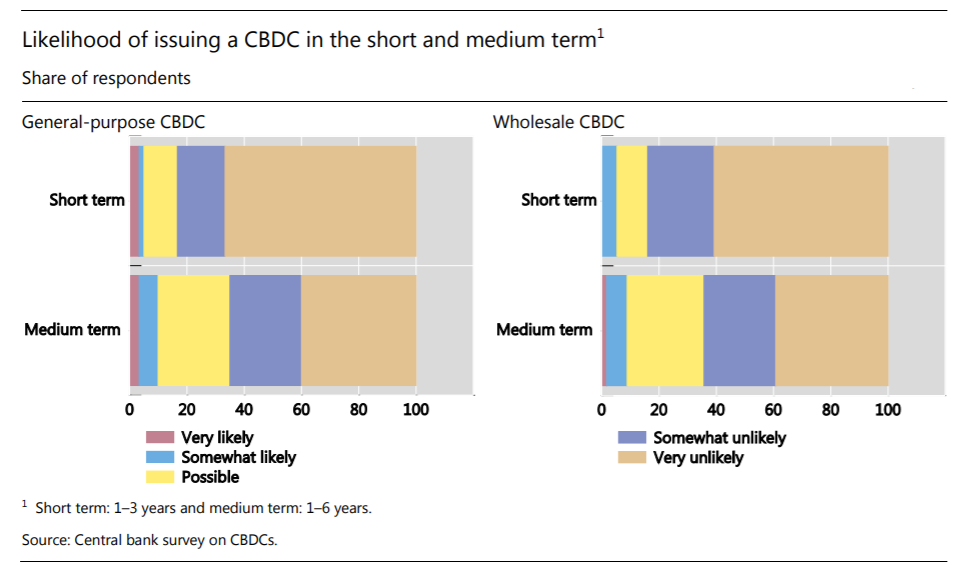 A great deal of attention has been paid to the distributed ledger technology (DLT) underlying cryptocurrencies, with almost a quarter of respondents reporting that banks or non-banks are experimenting with or issuing private digital tokens as part of their payment services. The reported experiments are concentrated in advanced economies and remittance-receiving EMEs in Asia and are mostly at early stages. Projects reportedly focus on cross-border payments, consistent with domestic faster payments being available in the relevant jurisdictions.