BoE blog: what role did margin play during the Covid-19 shock?

As markets reacted to Covid-19 in March 2020, some markets saw their largest price moves in 30 years. Price volatility also rose sharply. This resulted in a large increase in variation margin calls and initial margin requirements. 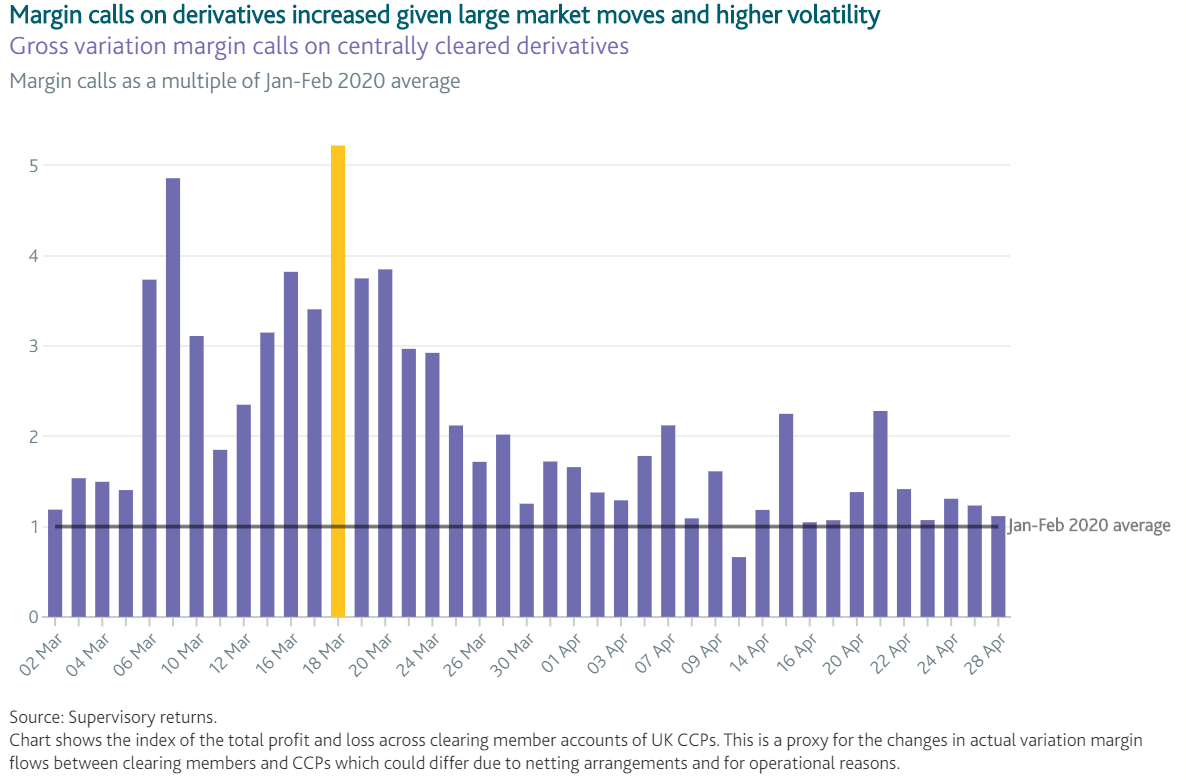 Initial margin required by UK CCPs also increased in March, with the overall increase peaking at 31% compared to the average requirement earlier in 2020. Some adjustment to the changing market conditions was to be expected. The effectiveness of the measures taken by CCPs to avoid large and unexpected increases in initial margin requirements during the March period should be considered further.

Overall, margin helped to ensure derivatives markets remained resilient throughout the recent market shock. It also resulted in a large movement of liquidity around the financial system. This contributed to a ‘dash for cash’ in March 2020, as some market participants appeared to have insufficient buffers of cash-like assets to meet actual or anticipated margin calls.

Prudent margining is an important part of risk management in the system and is not a trade-off with liquidity risk. Participants in derivatives markets should ensure their liquidity management strategies take account of the possibility that margin calls and requirements may rise significantly during periods of market turbulence.

Bank of England's approach to the supervision of financial market infrastructures
18 Dec 2012
No Comments
BoE: the leverage ratio and liquidity in the gilt and repo markets
3 Nov 2017
No Comments
The Trade: Mass margin calls spark operational headache for buy-side and brokers
10 Apr 2020
No Comments