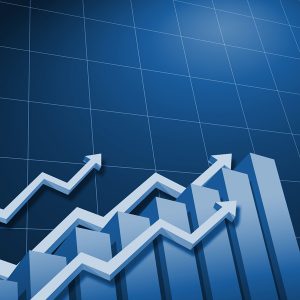 A US CCP has filed a request with the US SEC to create a US$1 billion committed liquidity facility using a bilateral repo transaction with a non-bank counterparty. This is the first example we have seen of a CCP going outside its clearing members and banks to seek out “alternative” liquidity sources. It’s an important step in spreading risk around and reducing the impact of systematic risk on clearing members. Here’s the background on the filing:

OCC has been working with a lending agent and an interested institutional investor to develop a program that would allow OCC to access an additional committed source of liquidity that does not increase the concentration of OCC’s counterparty exposure, given existing affiliations between a number of commercial banking institutions and OCC’s clearing members. The program would take the form of OCC’s implementing a committed master repurchase agreement and related confirmations (together, the “Master Repurchase Agreement”) with one or more non-bank, non-clearing member institutional investors and their agents.

This is an excellent example of non-banks (ie, pension funds and other cash rich institutions) taking over the traditional liquidity provision role of banks.

While the program would be based on repo, some additional provisions would apply. First, there is no rehypothecation of the collateral that OCC would post. Collateral would need to stay in the hands of a custody bank and could not otherwise be pledged. OCC wants a daily accounting of the collateral held directly from the custodian.

Each counterparty would be obligated to enter into transactions even if OCC had experienced a material adverse change, such as the failure of a clearing member.

That’s a big ask, and would come at the exact same time that these institutions would not want to provide liquidity. The OCC will clearly pay up for the privilege but they are doing the right thing is making this a requirement.

Each commitment would be supported by an agreement by the counterparty to maintain cash and investments acceptable to OCC that must be readily converted into cash in a designated account into which OCC had visibility.

Treasuries would suffice. Institutional investors tend to have plenty of these. The OCC would want liquidity within a 60 minute period when called on.

OCC could call for early termination but the cash provider could not – they would be stuck with cash out to OCC in the event of a liquidity call. To wit:

OCC would require that it would not be an event of default if OCC suffers a ‘material adverse change’,” which of course it would be if one or more big clearing members defaulted at once.

OCC argues that this move is a net benefit for reducing systematic risk:

The resulting reduction in OCC settlement risk would lead to a corresponding reduction in systemic risk and would have a positive impact on the safety and soundness of the clearing system by enabling OCC to have continuous access to funds to settle its obligations to its clearing members.

Well, that’s a benefit for clearing firms and their clients, but it also brings in a potentially whole new raft of players who could benefit or conversely be negatively affected by market risk. It’s worth remembering that while repo is typically low risk, it isn’t no risk, and that’s why collateral providers pay for it. Above all though, what the OCC filing shows is a novel way to spread the risk around.

The full filing is available at the SEC’s website here.

Three things to worry about and two to ignore (Finadium subscribers only)
2 Jun 2014
No Comments
Fitch: Repo Use Declines in Prime European Money Funds
6 Dec 2016
No Comments
Fed prepares second major injection of liquidity into US repo markets
17 Sep 2019
No Comments