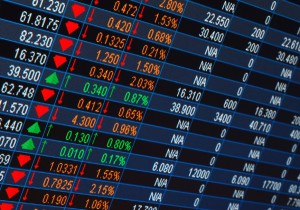 Repo CCPs for the buy-side – what will it take?

Repo CCPs already exist. LCH and FICC run repo CCPs; so does the Canadian Derivatives Clearing Corp. But they only serve banks and broker-dealers. Why not investors too? Well, the risk waterfalls in CCPs require (some degree of) risk mutualization. Investors either cannot be subject to mutualization and/or do not want to be. The holy grail of repo CCPs is to figure out a way to include clients but not run afoul of mutualization.

The securities lending CCP model is a possible example to follow since it can include the buy-side. Looking at Eurex Clearing’s Lending CCP we see that their Specific Lender License holders are not subject to mutualization. Check. (More on this at our Securities Lending CCP lending page.)  But there are two issues that trip repo up. First, Eurex’s license holders only lend securities. For a repo CCP to work, it has to include the ability to go both directions. Secondly, Eurex requires the collateral to be other securities (as opposed to cash) and those are segregated in a tri-party account. For a hedge fund, say, who is looking to finance their paper via a repo CCP, the requirement is that they will need to trade versus cash and then actually receive the money. A market participant who has cash to invest in repo may be ok with a CCP-cleared trade where the securities being held in tri-party, but that’s not the way the Eurex model works. Eurex is great at what they are set up to do, but it doesn’t seem like it extends well to two-way repo CCPs.

The other requirement for a repo CCP to work is to be leverage ratio and balance sheet efficient. CCPs work well for RWA purposes in derivatives. But balance sheet usage in derivatives is limited. In repo, full notional is exchanged and trades are booked as collateralized loans on the balance sheet. Just because your counterparty is a CCP, that shouldn’t change. A major advantage is that Fin 41 and IAS 32 balance sheet netting will be easier when facing a CCP since the trade counterparty will be the same, e.g. the CCP (one of the requirements for netting to work, but not the only one). We wrote about this in the recent Finadium paper “Netting Rules for Repo, Securities Lending and Prime Brokerage” (September, 2014).

At the recent Finadium conference in London, reaction was decidedly unenthusiastic to repo CCPs. In fact, one panelist noted that volume of centrally cleared repo trading (and we believe the reference was to LCH) was falling. The lower cost of bilateral trading was cited as one potential driver. According to the most recent ICMA repo survey published in September 2014, it was reported that centrally cleared repo trading “fell back slightly”.

So who really wants repo CCPs? Certainly the repo dealers. Anything that can help out on balance sheet and the leverage ratio by making Fin 41/IAS 32 netting easier (and we stress that RWA is not the binding constraint these days in repo) will be a good thing. But do clients really care? Clearly it holds appeal for customers who have been shown the door by their repo dealers and could only get funding via the CCP. But if hedge funds (and other non-bank financials) don’t really care about their balance sheet and capital ratios, staying bilateral is more appealing. In order to convert those clients into believers, centrally cleared repo must be economically more attractive. Will it have lower margins than bilateral trading? Not so likely. Will it lower operational complexity and costs? The jury is out on that one.

Underlying this is the assumption that a new model that solves the mutualization conundrum will emerge. We know of several efforts working toward that goal, including Single Treasury Futures. But is has to be better, faster, cheaper –and preferably all three for both sides — in order to work.