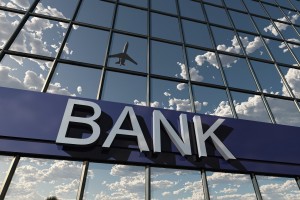 US technology firms serving banks are amongst the most aggressive users of the H-1B Visa program, which allows for certain highly skilled foreign workers to receive preference in the “green card” quota system, as well as preferences related to permanent residency and/or citizenship. Initiatives have been proposed in the US Congress and the Administration to implement significant changes to the program.

These initiatives range from virtual scrapping of the program, to tighter quotas, to more rigorous qualification tests, to increased base pay requirements. On January 31, 2017, US stock market indices were reflecting concern about how these changes would affect technology firms in particular, with many large scale users of the program seeing drops in their stock prices.

According to the Department of State’s website, approximately 175,000 H-1B visas were issued in 2015, up from 117,000 in 2010. Statistics on the total number of H-1B workers now in the US range from 8 million to over 17 million since the program was implemented in 1989. The professional distribution of these workers show that technology firms are by far the largest users of the program, distantly followed by healthcare industries and financial services firms. Following a reduction in H-1B visas, technology vendors and the banks that depend on them are likely to experience material changes in the composition of their work forces.

Let’s take a practical example: a New York bank has a technology development requirement and needs five people to manage and code the project. Previously, the bank could rely on an IT contractor that would staff a couple of people on site and use additional resources in an offshore location. A lack of H-1B visas will make those on site people more difficult to access. Costs will rise, but more importantly, the people might simply not be there. The intent of the H-1B program has been to attract critical workers to the US in order to help fill economically important gaps in the availability of domestic workers: if the visa program isn’t there then the workers won’t be there. As a result, we expect a material and negative impact on financial technology projects in the US.

A reduction in H-1B visas could be a boon for offshore staffing companies that already provide support for US firms in various geographies such as India, China, Singapore, Hungary and Russia. The job functions and skills will still be needed. Major users of offshore arrangements have already seen increases in their costs, particularly in India and China, where it is estimated that the average wage has increased as much as 200% in the last ten years for certain job skills, and even some worker shortages in high demand centers such as Mumbai and Pune.

Changes to worker availability in the US come at a particularly important time, as banks and vendors gear for major regulatory changes such as MiFID II (European but with a big impact for US-based, global firms) and potential Dodd-Frank modifications. Infrastructure initiatives and opportunities around blockchain are already reportedly placing stresses on product and technology teams. A loss of technology staff from H-1B visas seems likely; banks and technology firms should start seeking new sources for their highest demand skills.