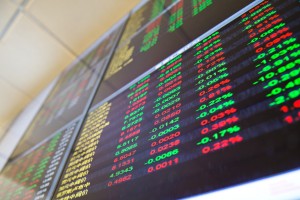 Chinese government authorities have created a multi-tiered plan to support sharply falling stock prices, including providing liquidity to the China Securities Finance Corporation (CSF). This entity provides margin and securities loans to brokers. By offering more capital to CSF, China hopes to stimulate demand for margin loans. At this point, more froth is needed and CSF will play a role. This article looks at CSF, what it is and how it works.

CSF was formed in October 2011 as a joint venture between Shanghai Stock Exchange, Shenzhen Stock Exchange and China Securities Depository and Clearing Corporation. It is the sole financing agent for margin and securities loans in China. If a broker wants to offer a margin loan to a client, it goes to CSF. Likewise, brokers must go to CSF for securities loans. Brokers are not able to lend out securities bought on margin to other clients; everything is centralized. The centralization of this activity means that CSF knows the state of leverage in Chinese markets at all times, which can help in the event that a policy change may be needed in the cost of leverage or collateral required. The CSF has multiple options as a policy tool for China in regulating stock price levels. It can increase the amount of leverage, short selling and general frothiness of the market, and that is what regulators are hoping for. If brokers can offer their clients lower costs for margin or more flexible collateral terms, then more buyers may find it attractive to enter the market and stabilize prices. On the other side, if CSF shuts off or diminishes the supply of securities loans, then short selling activity will decrease.

Already Reuters has reported these policy changes going into effect. From an article published Thursday July 2:

“China Securities Regulatory Commission late on Wednesday said it would cancel a rule that said investors needed to make additional guarantees if the ratio of capital they borrowed from brokerages reached 130 percent of warning levels.

“Among other amendments that it made in the statement published on its website was that individual investors that held less than 500,000 yuan ($80,634) of securities assets, which had been a minimum threshold for margin trading, could continue trading.”

The CSF will see its capital go from 24 to 100 billion yuan, according to a report from China Daily.

CSF is not the only option for Chinese investors to get leverage however, and this, according to analysts, has created a large part of the market sell-off as highly leveraged investors look to get out any way possible. “China’s margin finance problem is of epic and world beating proportions, with margined positions, as of mid-June, equal to 8.6% of freely traded A-shares, or stocks listed on mainland markets in Shanghai and Shenzhen… Investors have also piled on more risk through shadow margin financing, with some taking on as much as 10 times leverage, which compares to less than one times for conventional margin financing.” (“China Stocks: Beware Margin Finance Fallout“, Barron’s, July 2 2015)

CSF is also not the only policy move being taken by Chinese authorities. Among others, Chinese brokers have pledged a US$19 billion fund to buy securities and stock exchanges have cut transaction fees by 30%.