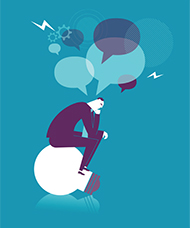 A former physicist, now Wall Street risk and regulation quant, said at a recent conference that when thinking about regulation, he is reminded of the Law of Conservation. That is the part of physics that says, in part, “…energy can be neither created nor be destroyed, but it transforms from one form to another…”. So what does this have to do with derivatives risk management, much less the securities financing business? Actually, quite a lot.

The point that was being made at the conference was that regulation doesn’t eliminate risk; it simply moves it into a different form. Think about the post-crisis move toward collateralizing transactions, and especially the use of CCPs. Collecting both initial and variation margin acts to mitigate counterparty risk. But the counterparty risk has now morphed into liquidity risk, kind of like light changing into heat. But (and its a big but) in order for the transformation to work, the collateral must be liquid so that value can be realized in the case of a default.

It is no surprise that the focus on liquidity has reached such a fevered pitch as of late. If the market is going to rely on the underlying liquidity of a security in order to be made whole, then that paper better have deep, reliable markets. Measuring liquidity is particularly difficult in fixed income markets where data is scarce, hard to interpret, or often collected during times when markets were very friendly. The couple times we have seen what happens when liquidity has a hiccup have been scary. And that includes HQLA assets like US Treasuries.

So where does securities financing come into all of this? Repo will take collateral to secure a cash loan (or visa versa). While the collateral can’t be realized unless the counterparty defaults (i.e. contingent risk), if the collateral needs to be sold to get a lender’s assets back, it must be liquid. But since a repo desk is not in the business of holding onto collateral until maturity, this means liquidity is evaluated in the here and now – not at the maturity of the security. There is price risk in those securities and to offset that, repo dealers take haircuts and marks trades to market, collecting (what is equivalent to) variation margin.

Repo traders (and the credit departments and risk managers who support them) are constantly evaluating the trade-off between counterparty and liquidity risk. They express this opinion through, among other tools, the haircut. A great counterparty will get lower haircuts on the same collateral than a lesser quality counterparty. More volatile collateral will have higher haircuts than paper that is money good. A single large position being financed will have a higher haircut than a diverse portfolio. Securities financing businesses (and, in particular, bilateral repo) look at the relationship between counterparty and collateral dynamically. Repo may not be a total transformation of counterparty risk to liquidity risk, but it is pretty close. CCPs, on the other hand, won’t differentiate based on who the counterparty is — its one size fits all margin rules. CCP’s reliance on liquidity to mitigate risk is, arguably, more complete (although the FCM guarantees and default fund contributions fold an element of counterparty risk back in).

The liquidity debate that we (and many others) have written about ad nauseam strikes an ironic note. If it is regulation that has constrained market liquidity, yet that same regulation has forced the exposure to be less about counterparty and more about liquidity, then has the regulation been two steps forward, two steps back? And even if regulation is not the underlying cause for declines in liquidity (for example, HFT in the US Treasury markers, the prevalence of defined contribution retirement plans and the change of investor behavior that results, or other structural shifts), then putting all of the risk mitigation eggs into the liquidity basket still seems dangerous.

So as the world of derivatives risk management has become a lot like managing a repo book. The two groups could learn a lot from each other.

For kicks, you might want to go back and re-read our post from January 3, 2102 “Now everyone is a repo trader”

Finadium in Amsterdam: ESG for Capital Markets, 31 March
4 Feb 2020
No Comments
Finadium Big Ideas Quarterly Q2 2022 now online
3 May at 10:50 am
No Comments
SFM Interview: data will define the parameters of the institutional crypto market
30 Jun at 4:00 am
No Comments