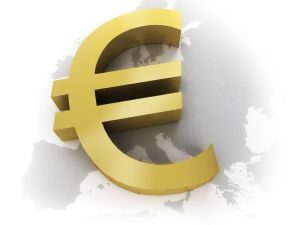 On January 13th, the European Central Bank (ECB) released its summary of their December 2-3rd debate over stimulus and rate direction. There remain calls for stronger and increasing stimulus by some members with persistent national economic stagnation, while other states are now more concerned with a return to a “normal” regime of financial and fiscal stability. Where does that leave the markets?

The result was that ECB deposit rates were further reduced (from -0.2 to -0.3) – but this was about half the stimulus expected by both financing and currency markets. The ECB policy is aimed at making it costlier for financial institutions to park cash within the security of the ECB, thereby encouraging them to utilize it in the private sector.
The bank also announced that its monthly bond purchase program, in which it absorbs approximately €60b in public and private debt, will continue through March 2017. This program swaps short term cash liquidity for long term debt, further injecting cash into the capital markets.
There is growing concern that ECB policy, a cornerstone of planning and strategy within world markets, may become less and less predictable. Will one side of the debate ultimately win out, or will the bank enter into a prolonged period of compromise half-measures lacking clear direction? The second question that arises is, will the ECB – and other central banks – start to implement short term emergency measures when they are caught on the wrong foot?
This reinforces the very real macro concern about what the long term role of central banks is and should be. Since 2008, central banks have become increasingly active participants in capital markets, venturing beyond monetary policy into actual trading in the markets (ie, Quantitative Easing). This makes central banks real-life players in financial markets in competition with  investment banks, insurance companies and the other big bond investors.
A Bloomberg Quick Takes article of September 2015, The Fed Eases Off, had an excellent summary of the debate over these activities, and the effects of the US central bank’s foray into the debt markets. Certainly the US Fed is now in “hold” mode, having wound down its purchase program, but the ECB is still in buy mode.
Before central bank intervention in debt markets, trading was trading – it was a business conducted by entities and institutions with a very simple set of priorities: make a profit. On the other hand, the priorities and motivations of central banks are not nearly so clear cut – and are becoming less so as they start to move in different directions within the marketplace. Are they going to buy? Are they going to sell? Will they suddenly dump massive supply on the market? Will they soak up supply? Will shifting political priorities in a crisis – a market crisis or a political crisis – result in a rapid shift in policy?
As the discord within the ECB indicates, the wild cards in the system are not just the shadow banks, but the central banks.
The full ECB summary of the Dec 2-3 meeting can be found here.