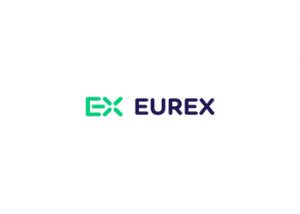 Eurex Repo’s GC Pooling is regularly delivering double-digit percentage growth in 2022. Frank Gast, managing director and member of the Management Board of Eurex Repo, and Carsten Hiller, head of Central Europe Funding & Financing, explain the dynamics behind those figures and how GC Pooling is linked to market crises and central bank policies.

Almost two decades ago, the Eurex team was seeking a cash-driven solution for trading standardized baskets as a way of managing liquidity. Back then, money market traders would not only face the risk of the issuer but would also need to manually allocate securities for a secured funding transaction. Ultimately, Eurex’s solution led to the launch of the GC Pooling product in 2005.

Not long after, the Lehman collapse triggered a global credit squeeze, rapidly eroding counterparty trust amid a dysfunctional money market. It became obvious that raising liquidity anonymously with a central counterparty (CCP) was of crucial importance, said Gast.

“Several market players didn’t see the need for it until we came to 2007/2008 and then it went really up through the roof — that clients understood the need for such an instrument to survive in such difficult stress environments,” he added.

Early adopters tended to be German-based and one of them was Dresdner Kleinwort, where Hiller was a repo trader during the financial crisis. He saw firsthand the market dash away from unsecured deposits: “No one had credit lines for other banks, and even for secured transactions, standard triparty repos, there was not enough liquidity. The only way for some banks to raise cash in the short-term market was via Eurex’s GC Pooling service.”

“We had a number of clients from those countries urgently requesting admission to our markets, which has of course strict admission criteria to become a clearing member,” said Gast. Within a few years, GC Pooling went from 40 to 160 clients. Daily outstanding volumes peaked in June 2014 above €200 billion.

In dealing with monetary and economic crises through the 2010s, central banks, including the European Central Bank (ECB) enacted extraordinary policy measures. In 2015, the ECB generated excess liquidity via massive bond buying that plateaued temporarily between 2017 and 2019. 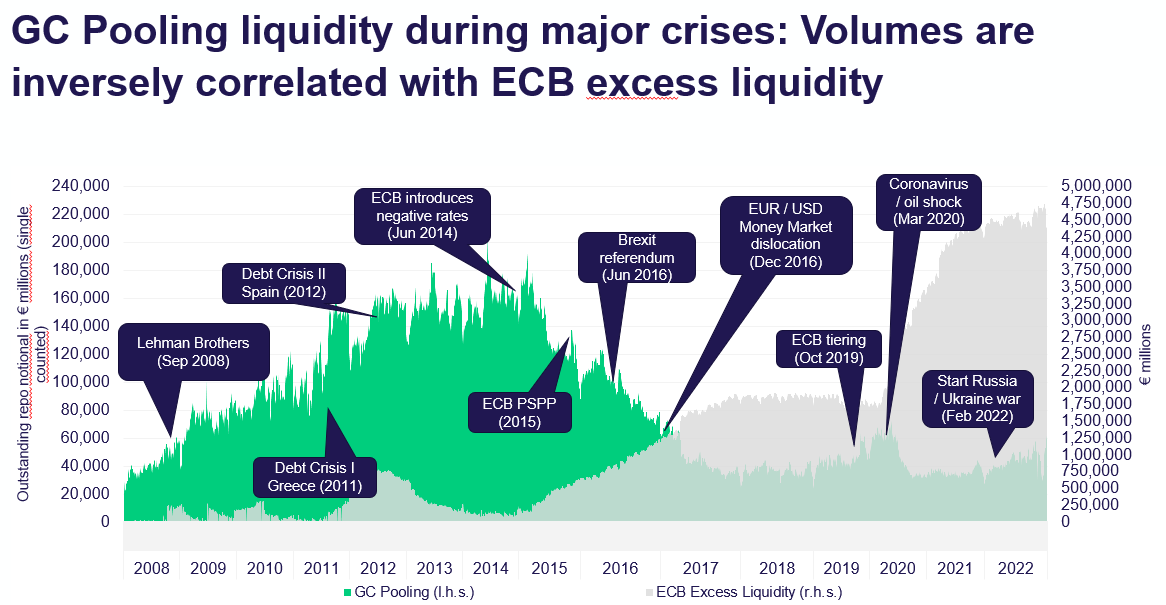 This put pressure on a market-driven funding product like GC Pooling and volumes went steadily downwards until 2018, stabilizing at between €20 billion and €40 billion outstanding thanks to trading clients who arbitrage by selling special repos and investing cash in GC Pooling, as well as clients who benefit from balance sheet netting opportunities, explained Gast.

Then, in 2020, as the pandemic crisis hit markets, GC Pooling again helped the market secure its liquidity needs and volumes increased rapidly. But this comeback was short-lived as the ECB further expanded its liquidity program to $4.5 trillion+, sending market rates below the deposit facility. 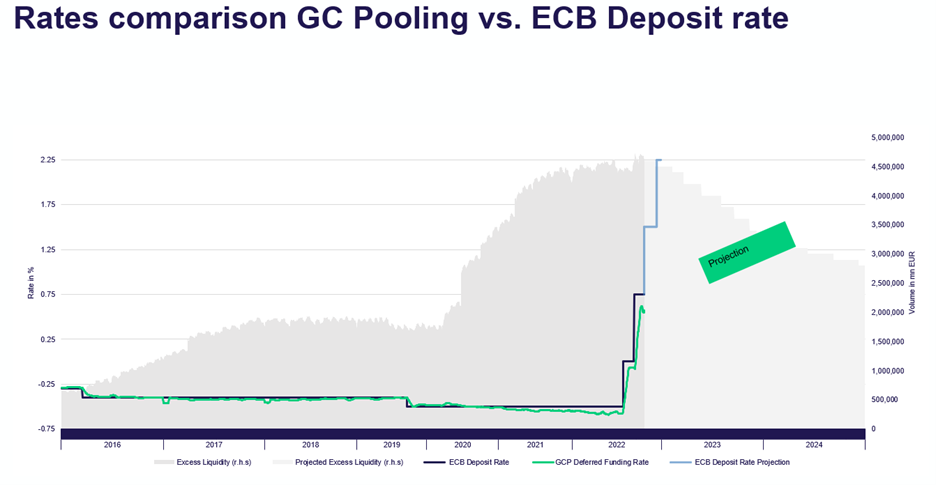 The interplay of volumes has made one thing clear: the interbank repo and money markets are predictably correlated with the ECB’s excess liquidity. And the market is now once again facing a major shift in monetary policy amid geopolitical shocks and inflationary pressures.

In 2018, Eurex extended the repo clearing service to non-banks (ISA Direct), and there are now 11 buy-side firms, with the majority being pension funds, representing about $1 trillion in assets under management. This model has been expanded to the so-called “ISA Direct Indemnified model” to also allow hedge funds to become a clearing member in conjunction with a clearing agent, which guarantees the client’s position in case of liquidation, explained Gast, adding that of the 40+clients at various stages of onboarding, half are buy-side firms.

Over the last three years, buy-side demand has been mostly on the cash provider side, transactions for which dealer-banks received the capital and balance sheet relief of a cleared environment vis-à-vis netting, including for cash/collateral reinvestment. And this momentum has started to spill over to the specials market for high quality liquid asset (HQLA) supply in an environment of collateral scarcity.

It’s nothing new that dealer banks have squeezed capacity to support repo operations, but there are several supply-demand factors coming together beyond that encouraging a greater diversity of market participants into a cleared environment. This year’s dynamic has put in sharp focus the urgent need to manage stress scenarios as interest rates rise amid a quantitative tightening cycle. As a consequence, many firms have been challenged to prioritize efficient processes that result in better execution terms such as those offered by clearing: for example, guaranteed best execution via a platform with straight-through processing to access liquidity that is itself resilient to stress, said Hiller. 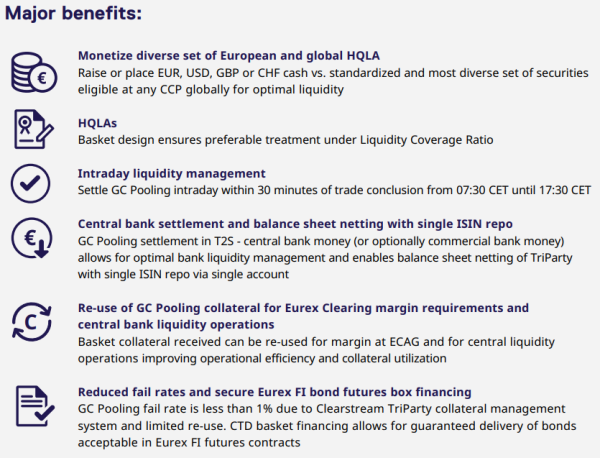 On the horizon, perhaps one of the most impactful events for GC Pooling will be targeted longer-term refinancing operations (TLTRO) repayments. The ECB’s Governing Council recently decided to adjust the interest rates applicable to the TLTRO III series and offer banks additional voluntary early repayment dates. There are likely to be further redemptions in the coming months, and market participants are expecting €500+ billion repayment for this year and another €1 trillion in 2023.

“My personal view is that we will, by summer next year, see overnight rates again trading above the deposit facility level and this will be the tipping point where we are going to see significantly higher trading volumes again in the short-term dates, especially overnight GC Pooling,” Hiller said.

Since 2022, there has been a significant pick up in GC Pooling activity, part of a broad theme of increased activity at Eurex Repo on the back of the ECB turning hawkish, the curve steepening and rate hikes getting priced in. The most recent figures show that the GC Pooling market has already increased significantly – outstanding volumes stood at almost €80 billion at the beginning of December 2022, almost 3x compared to the observed low in 2020, but still significantly below historic highs.

“Things have now turned and clients from both sell- and buy-side need to make sure that they are able to raise and place cash in environments or situations where they can really rely on sources for liquidity to manage this very effectively. GC Pooling has been and will be a key tool to manage liquidity for both banks and now also buy-side clients going forward,” Gast said. 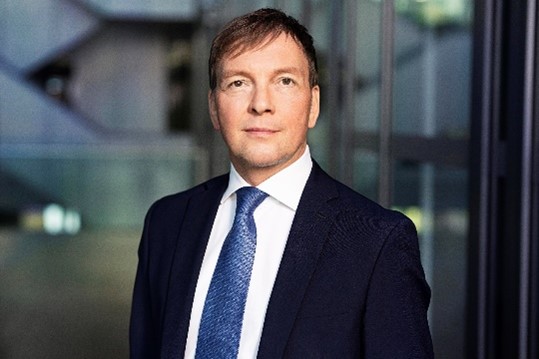 Frank Gast is a managing director of Eurex Repo GmbH and Head of FIC Derivatives & Eurex Repo Sales Europe for Eurex’ Fixed Income Derivatives, Funding & Financing business. He has more than 20 years industry experience with a focus on business development and sales in repo, securities lending and collateral management. Since 2022, Frank is a member of the ICMA European Repo and Collateral Council (ERCC). Frank started his career with KPMG Consulting in Frankfurt 1998 advising exchanges, banks and start-up companies across Europe in the funding & financing business. He spent three years of his career with BearingPoint Ireland in Dublin before he joined Eurex in Zurich in 2009. Frank became a managing director of Eurex Repo in 2012. Since 2018 he is responsible as Head of Sales Europe for the Repo and Fixed Income Derivatives within Eurex and has a leading role to further integrate the fixed income sales teams at Eurex for both trading and clearing. 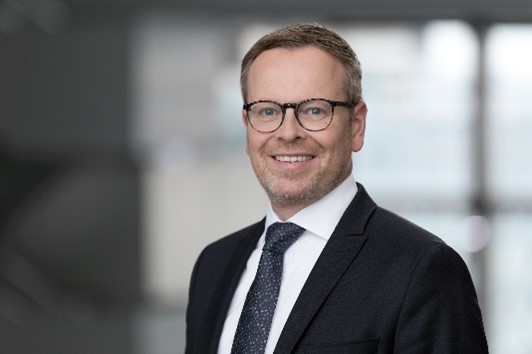 Carsten Hiller is Head of Fixed Income Derivatives, FX and Repo Sales for Continental Europe at Eurex. In this role, he is responsible for repo, OTC and listed derivatives for both, trading and clearing, with focus on the further development and growth of Eurex’s fixed income & FX products. He has a leading role within the Eurex Repo Partnership Program and played an active role in the launch of the Eurex ESG related repo products. Since January 2022, he has been a member and Vice-Chair of the newly created ICMA Repo & Sustainability Taskforce. Before taking on his current role in 2018, Carsten had different senior roles in sales and trading at HSBC, Clearstream and Dresdner Bank/Dresdner Kleinwort, with more than 20 years’ experience in the Securities Financing and Repo industry. Carsten holds a Master’s degree in Business & Finance from the Frankfurt School of Finance.

What's the capital cost to banks from the FRTB? (Premium)
24 Mar 2016
No Comments
The SEC wants to make sure mutual funds and ETFs are liquid for investors. This isn’t going to be as simple as it sounds.
24 Sep 2015
1 Comment
The Finadium 2015 Conference is Thursday March 19 in NYC
13 Mar 2015
No Comments