In an update on Eurex Repo volumes, Frank Gast, managing director, wrote that compared to September, the October term business increased significantly in GC Pooling (+49%) to €191.1 billion ($219.1bn) and Special (+68%). Eurex did not publish the total euro value of the Special market.

“Especially the trading behavior in the Repo market (GC & Special) reflects the market’s concerns about collateral scarcity over year-end. While the average daily traded volumes in October 2021 decreased by 36% compared to the same period last year, the term volume increased by 57% due to long-dated trades, mainly until January 2022,” according to Gast. 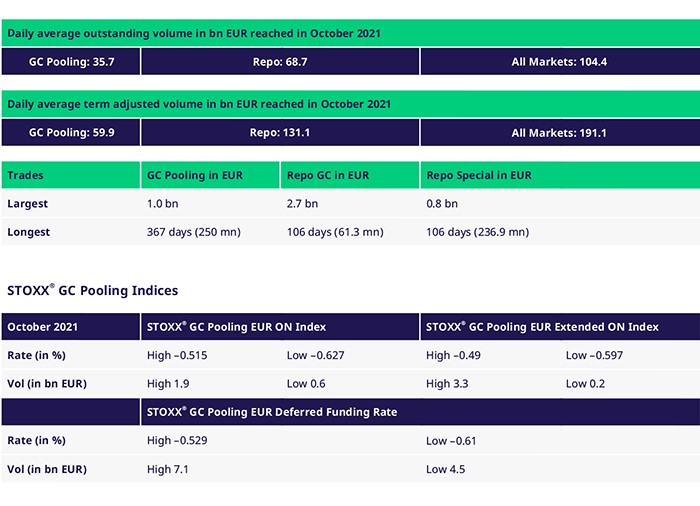