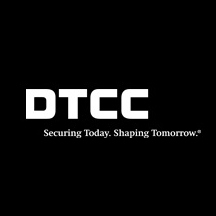 Europe is first to SFTR but won’t be last: expectations on the global rise of SFT reporting rules

While Europe has taken the lead on Securities Financing Transactions (SFT) reporting, other countries are soon to follow. An expansion of global SFT reporting obligations makes selecting a global trade repository an important choice for efficiency and reduced complexity. A guest post from DTCC.

When the Financial Stability Board (FSB) published their policy document in 2013 for addressing risks in securities lending and repo, transparency was already a central part of the conversation. The FSB noted that authorities must have the ability to monitor and mitigate risks to financial stability: “In order to be able to better detect such risks, authorities need to augment their data collection so as to capture more granular and timely information on securities lending and repo exposures between financial institutions, including on the composition and evolution of the underlying collateral.” The FSB envisioned widespread reporting by market participants of trade positions, and trade repositories as “an effective way to collect comprehensive repo and securities lending market data.”

Fast forward to 2018: the European Commission intends to approve the Securities Financing Transactions Regulation (SFTR), with the expectation that rules will go live towards 2020. This will be the first time that the world’s securities lending and repo market participants will need to report their trades and collateral to a central location based on a standardized format. The work required to execute SFTR is considerable, both internally, for firms to organize the required data, and externally, to connect with vendors and trade repositories that support and can also help drive the process.

After Europe, other countries are starting to create their own SFT reporting frameworks. Ultimately, market participants will have a web of reporting obligations around the world, including data formats and fields that may differ according to jurisdiction. Vendor partners can work with regulators globally to help their clients successfully navigate this reporting landscape.

Outside the EU: global progress towards SFT reporting

Countries outside Europe have been moving at different speeds to implement SFT reporting. The US took an early lead on OTC derivatives reporting but has been slower to look at SFTs. Thus far, the US Office of Financial Research (OFR) launched a bilateral repo market survey in January 2016, the first of its kind in depth and detail. And in August 2016, the OFR followed up with a pilot survey of agency securities lending activity.

While not yet ready to announce a full reporting obligation, the OFR was thinking ahead to how the US might implement SFT reporting in the future. The OFR noted that their securities lending pilot data collection project “was a first step in understanding the data available from market participants as well as the complexities involved in collecting and aggregating the data. Insights from the data collection pilot will prove invaluable in designing any potential reporting scheme for a more permanent data collection.”[2]

More recently, in July 2018, the OFR requested comments on a proposed rule to collect cleared repo data. The rule was prompted by both an interest in overseeing financial stability and to support the calculation of the Secured Overnight Financing Rate (SOFR). The rule was designed to cover repo counterparties with daily cleared exposures of over $50 billion; in practice this means only the Fixed Income Clearing Corporation, a division of DTCC, will be obligated to submit data. While cleared repo is a small segment of the overall repo market, the new data collection effort will allow OFR to test data standards and methodologies before a wider SFT rule is rolled out to the market.

In Asia, nearly every major financial region has a requirement for reporting OTC derivatives. While no plans for SFT reporting has been published yet, market conversations suggest that active thinking is underway.

Besides Singapore, we are watching Australia and Hong Kong as potential next movers in establishing SFT regulation. These countries will likely wait and see how Europe’s experience impacts markets and market participants, and will make their decisions based on those lessons. South Africa, Korea, Switzerland and Canada all either have OTC derivatives reporting obligations or are in the process of implementing them. Once OTC derivatives reporting is in place, these countries will turn their attention to SFT reporting as well.

It will be important to see how Asian countries move towards SFTR rules. Some countries have a history of taking Basel III, IOSCO, US or European rules as a template and using similar language; the Singapore version of the Principles for Financial Market Infrastructures is effectively the same language as the original CPSS/IOSCO document. Other countries however prefer to work through their own rules.

As a leading trade repository, DTCC is in active conversation with regulators around the world about their thinking on introducing SFT reporting. We see that while progress is uneven, regulators are conscious about their FSB obligations and many intend to introduce proposals shortly, following the absorption of OTC derivatives reporting rules.

The creation of multiple trade reporting obligations for securities lending and repo brings the question: will each reporting regime have the same data structure and reporting fields or will they differ by region? A single harmonized data reporting regime globally will be easy to manage. However, the likelihood is that some rules will differ by virtue of local customs or a desire to “simplify.”

When Brexit occurs on March 2019, the UK will adopt the same SFT reporting rules as the EU, and market participants can submit the same trades that can be accessed by authorities in both jurisdictions (if a firm has obligations in both jurisdictions).  However, the possibility looms that one regulator or both could opt to make changes after the initial implementation causing divergence of the once harmonized rules. This would mean that even the UK and EU might have two different standards in the future that the industry would have to manage.

This situation is likely to be repeated worldwide. The EU’s 155 SFTR reporting fields may not be deemed critical by all countries; industry participants have suggested that 30-50 fields would cover all the required information. As other countries review their options, a stripped down version somewhere of Europe’s SFTR is probable.

The financial services industry may see now as an ideal time to voice their opinions about data requirements to regulators worldwide. Or, the industry may be content to follow the EU’s proscriptions globally, having already done the work to fulfil their reporting obligations. Already, Bank for International Settlements committees, IOSCO and the FSB have weighed in on data standards. Whichever way the industry goes, this is the time to make opinions known as regulators set off on their own paths.

There are also questions about how long jurisdictions outside the EU will take to mandate SFT reporting. This may be to the benefit of industry, which has just finished digesting reporting for OTC derivatives and regulators have not yet achieved their desired matching rates. It may make sense to iron out OTC derivatives reporting more fully before launching new product reporting initiatives.

A Trade Repository as a global partner

Individual country mandates for SFT reporting require the right partner. SFT reporting will go global. This is required by the Financial Stability Board and, while not legally binding, is a moral commitment by FSB members that they will mandate reporting to oversee financial risk.

Market participants will want to consider the direction of globalization when selecting their first trade repository. At DTCC, we are subject to regulatory authorities in seven jurisdictions (with two more expected to follow shortly: see Exhibit 1).A global reach offers us global access to the regulatory regimes most critical to financial market participants and where SFT reporting is likely to create the largest confusion. By submitting data to a trade repository once that covers all required fields, the trade repository can take on the work of managing data standards for each jurisdiction.

With 45 years of experience, DTCC is the premier post-trade market infrastructure for the global financial services industry. From operating facilities, data centers and offices in 16 countries, DTCC, through its subsidiaries, automates, centralizes and standardizes the processing of financial transactions, mitigating risk, increasing transparency and driving efficiency for thousands of broker/dealers, custodian banks and asset managers. Industry owned and governed, the firm simplifies the complexities of clearing, settlement, asset servicing, data management and information services across asset classes, bringing increased security and soundness to financial markets.

Mark’s career started in the Royal Navy as an aircraft engineer, and then he held various positions at UBS, National Australia Bank, and more recently Sapient. At Sapient, Mark co-led its regulatory reporting practice and engagements on CFTC and EMIR reporting.

Mark holds a Bachelors in Electronic and Computer Engineering from Leeds University, UK, and an MBA from the Melbourne Business School, Australia.

What we heard at our London repo and secured funding event (Premium Content)
30 Sep 2014
No Comments
DTCC senior execs revisit key themes in 2020 and make 2021 predictions
12 Dec 2020
No Comments
Finadium: Prime Brokerage: Towards a New Target Operating Model for Financing
27 May 2015
No Comments