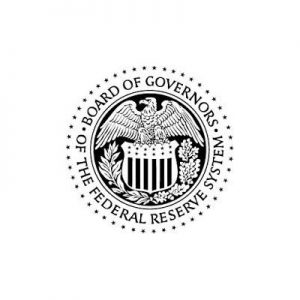 In the biggest liquidity injection since the 2008 Global Financial Crisis, six central banks announced today coordinated action to provide immense liquidity to US Treasury and dollar liquidity swap markets. If anyone wondered whether central banks had learned the lessons of inaction from 12 years ago, the answer is a resounding yes.

The financial policy moves were announced in a series of press releases at 5PM EST, Sunday March 15, 2020.

The Federal Reserve dropped the US target Fed Funds rate range to 0-0.25%; the Effective Fed Funds Rate (EFFR) hasn’t been there since December 2015. The Federal Open Markets Committee said that “The effects of the coronavirus will weigh on economic activity in the near term and pose risks to the economic outlook. In light of these developments, the Committee decided to lower the target range for the federal funds rate to 0 to 1/4 percent. The Committee expects to maintain this target range until it is confident that the economy has weathered recent events and is on track to achieve its maximum employment and price stability goals.”

The next big step was a huge wash of dollar liquidity swap availability and lower pricing. The Bank of Canada, the Bank of England, the Bank of Japan, the European Central Bank, the Federal Reserve, and the Swiss National Bank “agreed to lower the pricing on the standing U.S. dollar liquidity swap arrangements by 25 basis points, so that the new rate will be the U.S. dollar overnight index swap (OIS) rate plus 25 basis points. To increase the swap lines’ effectiveness in providing term liquidity, the foreign central banks with regular U.S. dollar liquidity operations have also agreed to begin offering U.S. dollars weekly in each jurisdiction with an 84-day maturity, in addition to the 1-week maturity operations currently offered.”

(FT Alphaville pointed out today the big gap in the dollar liquidity swap plan: China, citing Credit Suisse’s Zoltan Pozsar: “Once the PBoC exhausts its dollar liquidity in cash markets like the FX swap market, it will next tap its Treasury portfolio and will either repo or sell those Treasuries through dealers in New York to raise more dollars to lend to local banks.” This will create a whole new level of demand for UST and repo liquidity.)

Also to encourage lending to households and businesses:

And that’s not all. The New York Fed then announced that it would “increase over coming months the System Open Market Account (SOMA) holdings of Treasury securities and agency mortgage-backed securities (MBS) by at least $500 billion and at least $200 billion, respectively,” starting Monday March 16 with $40 billion in purchases…. The FOMC also directed the Desk to continue rolling over at auction all principal payments from Treasury securities holdings and to reinvest all principal payments from agency debt and agency MBS holdings in agency MBS.” There were no changes to the previously announced huge new provision of repo liquidity: “Repo operations will continue to be offered for at least $175 billion in overnight repo each day, at least $45 billion in two-week term repo twice per week, and $500 billion in one-month term repo and $500 billion in three-month term repo each week.”

Central banks around the world have heard correctly that their government bond markets have been freezing and that real concerns of a dollar liquidity crisis have emerged. The actions today by these institutions show that they are taking proactive and engaged steps to forestall the coronavirus crisis from turning into another global financial crisis. These actions will not help ordinary people who are out of work due to lockdowns – that’s the job of elected officials. But today’s actions send a powerful message that once the coronavirus epidemic has passed, the world should not head swiftly into a worse recession.