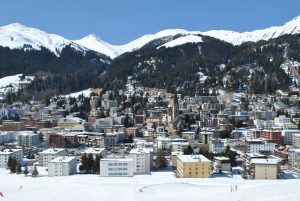 Fintech at Davos: not so gloomy, says expert

The general media commentary around Davos could be summed up as “gloomy and depressing”, but that doesn’t seem to be true for fintech.

Granted, there may be some selection bias there, since fintech participants tend towards optimistic-leaning futurists and technologists, but the mood this year was described as “down to business”, said David Shrier, CEO of Distilled Identity, an AI biometrics software company with financial services and government clients.

“The absence of some politicians and political delegations, and with less fluff around what was going on, it was a little less trendy and people were more productive. This is my fifth year going, and it was the most productive Davos yet,” he said.

Shrier participated in a panel discussion on global prediction trends with the financial industry represented by WorldQuant’s Igor Tulchinsky.

Previous Post
Analysis of ICE’s proposed unsecured US bank yield benchmark (Premium)
Next Post
CoinDesk: proof-of-stake could lead to “crypto banking”, which should be avoided