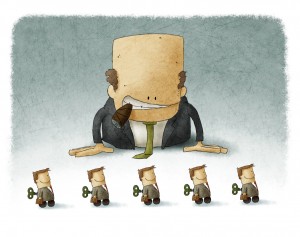 Indemnification and Securities Lending: The conversation goes on and on….

The debate on indemnification just won’t go away. And for good reason. A panelist at one session of the IMN Beneficial Owners conference called it a “central building block” to the sec lending business. Beneficial owners see it as their sec lender partner bearing some of the investment risk, an example of “skin in the game”.

The indemnification commitment absorbs resources and costs money to the provider. Exactly how much is hard to say and it certainly is not consistent across providers. A non-bank made an interesting comment at a panel about how they provided indemnification underwritten by an insurance company. To benchmark the cost of indemnification, it would be interesting to know how much the policy sets them back. An insurance provider has different capital costs (and, with some exceptions, regulatory constraints) than a bank, but it would at least put some numbers on the table. If it is cheap enough, maybe the banks could pay for policies on behalf of their clients as an alternative to writing the coverage themselves?

Beneficial owners still want indemnification. That much was made very clear on the panels and in discussions. Who would volunteer to give up something, especially when it involves a board signing off? Sec lenders say it was a service that was given away for free; the implication is that it had no value and giving it up shouldn’t be a problem or, alternatively, that it was time to pay for what was a freebie. Those arguments fall on deaf ears.

The CCP discussions include the notion that central clearing might obviate the need for indemnification. It would be the CCP’s obligation to make good on the trade and indemnification is embedded in the CCP counterparty risk. A CCP is seen as a superior counterparty, so the risk is certainly no higher than what beneficial owners already face. But this requires first signing off on sec lending CCPs.

Sec lenders say they have no intention of abandoning indemnification. What was probably a competitive sweetener initially turned into an expected feature. Who will say to their clients that it costs too much money and something has to change? But it will eventually gate the business that the sec lenders will do. One panelist explained that the capital cost for indemnification is a function of the relative volatility of the assets lent versus received, so some trades – maybe US Treasuries versus Equities – will have a higher indemnification cost. Sec lenders will shy away from those deals, despite the wider spreads. Collateral transformation will be expensive.

And the cost to offer indemnification differs by counterparty based on the regulatory regime. One European lender hinted their costs were lower than their US competitors, offering them an advantage. Certainly any capital constrained banks would look askance at indemnification unless compensated accordingly. Its not surprising, but no one admits in public to being capital constrained.

The topic of indemnification will probably kick around for another year. But as one panelist said in a candid moment, everyone is afraid to be a first mover but over time the need to use capital efficiently will catch up and the market will re-price. Until then, it will be like watching the movie “Ground Hog Day”.

Man on a mission: the Bundesbank’s Andreas Dombret has a clear vision of Europe’s financial future
20 Feb 2018
No Comments
European and US repo markets are different, and that means one-size-fits-all-regulation is unwise
13 Jun 2018
No Comments
It’s the Fed vs. The Clearing House on US real-time payments (Premium)
8 Aug 2019
No Comments