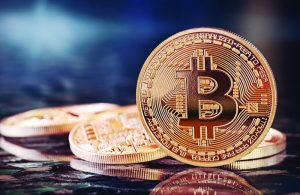 Is crypto volatility driving the S&P 500?, the benefit of regulation and other digital news

The interconnectivity of crypto currency with traditional equity and bond markets continues to grow in weird and unexpected ways. Last week, there was reason to think that volatility in crypto reached squarely into equity and bond markets, causing a sell-off. Recent publications from the Alternative Investment Management Association (AIMA) and the Bank for International Settlements (BIS) point to other overlaps in crypto and digitization.

The Financial Times reported over the weekend that “A huge drop and snap back in cryptocurrency prices this week rippled into traditional asset classes, potentially offering a taste of what could happen in the event of a more severe shake-up.” That whole sentence requires double or triple reading. Why on earth would crypto volatility mean anything to equity and bond investors? No one really know why just yet. As an example, Barclays’s Soren Willemann said “Direct implications are hard to dream up, but to the extent that the crypto correction correlates with weakness in shares of modern tech companies (not least Tesla’s bitcoin holdings), it matters to European credit, as it is hard for our markets to ignore [S&P 500] weakness.”

But if this new causal relationship seems true, if only in the minds of some big players looking for arb opportunities, then suspicion can turn into reality. It may not make sense to outsiders but we agree with the sentiment of Rabobank’s Richard McGuire and Lyn Graham-Taylor: even if it seems dumb, you can’t ignore it.

In related news, AIMA’s 3rd Annual Global Crypto Hedge Fund Report 2021 confirms an idea that we’ve been expecting: greater regulation should result in a huge boost to crypto assets and service providers. While the report results may not be surprising, they are worth noting. According to AIMA:

For anyone thinking about the role of digital currency as money and not just a speculative investment, a new paper published by the BIS is recommended reading. In The Digitalization of Money, authors Markus K. Brunnermeier and Harold James of Princeton and Jean-Pierre Landau of Sciences Po envision a breakdown in the traditional model of monetary exchange. The premise is that “We may see an unbundling of the separate roles of money, creating fiercer competition among specialized currencies” and that “digital currencies associated with large platform ecosystems may lead to a re-bundling of money in which payment services are packaged with an array of data services.”

The three functions of money are to be a store of value, medium of exchange, and unit of account. The authors write that digital currencies can break these roles down into their constituent parts then rebuild them together or with other outside elements. It’s a radical notion that seems to be occurring in real time. Say for example that you want to have a store of value but also receive a bundled technology service, or that you want a unit of account that has no relationship to a sovereign currency. Digital currencies allow these options. In doing so, the authors argue that digital currencies “could reshape the nature of currency competition, the architecture of the international monetary system, and the role of government-issued public money.” They conclude that Central Bank Digital Currencies must go live to complete against the upstarts. This 29 page paper is really good – give it some time for a read and to digest the implications.