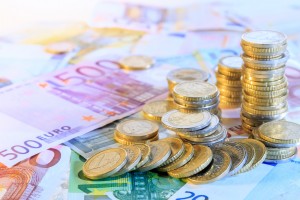 This edition of our news update focuses on a new articles series on liquidity from the Federal Reserve and a conference on the Lender of Last Resort held last week. We also note some recent industry developments.

The Fed’s liquidity series. The Federal Reserve Bank of New York’s Liberty Street Economics blog is running an 11 part series on liquidity. Basically they are looking to revisit the topic to determine what’s going on in the markets. They have not so far gotten into why this is happening but rather are staying with what is happening. The first posts in this series have covered mortgage-backed securities (MBS) and corporate bonds. In both cases the authors find that liquidity is pretty good. For MBS, the number of trades is up since 2011 while the average trade size is down, and bid-ask spreads are stable. The authors recognize that analysts think liquidity is poor due to regulation, but the impact so far on transactions costs and pricing is minor. The story is similar for corporate bonds. We look forward to seeing this series progress and hope that the authors come to the one conclusion that the market knows for sure: liquidity might look fine by all the indicators until something happens. Then it really isn’t fine at all. The Fed’s posts can be found here.
Lender of Last Resort. The US Committee on Capital Markets Regulation, a private group of senior financial services regulators, asset managers and banks, held a conference last week on central banks and the Lender of Last Resort function. All the big names in Central Banking where there: the Bank of England, the Fed, the European Central Bank. But really, what did these guys have to say? We read the speeches and many were repetitive or recaps of what the Banks each did during the 2008 crisis. The most interesting was Fed Vice Chairman’s Stanley Fischer’s speech. He walked through the Fed’s new policies under Dodd-Frank that focus on industry recovery and not bailing out one failing player. The highlight for us of the Bank of England’s Andrew Hauser’s speech was to emphasize that the BofE was prepared now to lend more – a lot more – in order to stabilize shaky financial markets. The ECB’s Peter Praet, Member of the Executive Board, gave a speech that was just a recap of 2008 and the years onwards. It didn’t say anything new in our reading. Perhaps the most important part of this conference at all was to remind us of the existence of the Committee on Capital Markets Regulation. For more information about this potentially illuminati-esque organization, check out their comment letters and list of members.
CSD-R and mandatory buy-ins. ICMA got some help from Bloomberg last week in their fight against Europe’s Central Securities Depositories Regulation (CSD-R), in particular the provisions for a mandatory buy-in rules. In Bloomberg’s article, “Banks See Market Liquidity Sapped by EU’s Failed-Trade Fix,” John Glover writes that “Banks, investors and even some finance ministries have renewed their attacks on a European Union law intended to prevent the failure of cross-border securities transactions, arguing that it will drive up costs and hurt liquidity.” The European Banking Federation is also negative. We entirely agree with ICMA and EBF on the negative expected impacts of the buy-in rule. To add to the mess, ESMA released on Feb 2 a revision to CSD-R that excludes securities financing transactions under 30 days… but don’t banks want their transactions to be over 30 days because of the Liquidity Coverage Ratio? Go figure.

ECB reports euro gaining ground on US dollar as a reserve currency
17 Jun 2019
No Comments
What’s better for hedge funds, synthetic or cash prime brokerage?
23 Dec 2021
No Comments
CCP collateral at the centre of energy crisis in Europe
5 Sep at 4:05 am
No Comments