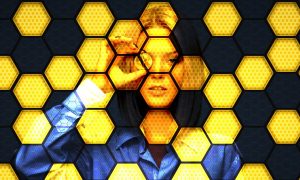 Most so-called DLT systems aren’t, and market actors should know the difference

It’s not even such early days for blockchain and decentralized systems anymore. Bitcoin is a decade old, and the Byzantine Generals’ problem, which described how computer systems need to handle conflicting information in an adversarial environment, is from the 80s. Distributed ledgers have been developing since then to flourish into the confusion marketplace we are faced with today.

Developments are proceeding rapidly in terms of announcing plans in press releases, but sometimes with little more to show for it than issuing reports. Fundraising announcements can certainly serve as a bump to share prices, but short-lived rallies can make investors more than a little cynical.

Some initiatives generate optimism but then go quiet, like DTCC’s attempt to process US Treasury and agency repos, halted because it was cheaper to do using current technology.

At the same time, a project by the Tel Aviv Stock Exchange’s securities lending blockchain has moved out of proof-of-concept and is entering the pilot phase; Deutsche Boerse just took a minority stake in HQLAx, a fintech that helped an EUR€25 million securities lending transaction between Credit Suisse and ING.

And there are other significant moves by the World Bank and stock exchange in Australia, Natixis and Societe Generale, among others that we are flagging in an upcoming report. For capital markets in general, FOMO is a major driver.

This flurry of activity with mixed results can leave project outsiders confused as to what does and doesn’t work, and why. Investors are generally not equipped to figure out design proposal credibility or the different trade-offs of the collection of technologies under the banner of distributed ledgers. But there is an effort to try and change that.