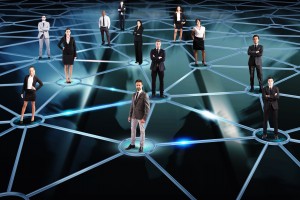 The debate over market liquidity is pitting the Fed against the buy side, with the sell side dealers getting caught in the middle. The Fed argues things are not so bad, and if they are, regulation wasn’t the primary driver. The buy side has a different point of view. Who is right?

Last week Bill Dudley, the President of the New York Fed, made a speech at a SIFMA forum on market liquidity. The speech was pretty close in content to the August 17th NY Fed Liberty Street blog post, “Has U.S. Treasury Market Liquidity Deteriorated?”. We wrote about this is our August 31st post “The NY Fed’s Liberty Street Economics blog: is there evidence of UST liquidity in decline?”. In the LSE post and Dudley’s speech the argument was, basically: no, liquidity has not really gone away….but if it has to any degree, the primary driver was not regulation. But if regulation was the root cause,  it was worthwhile for the sake of financial stability.  The Fed’s evidence was  measuring bid-ask spread (still narrow), order book depth (still deep), price impact for a given order flow (modest), trade size (hasn’t deteriorated much) and pricing differentials between on and off-the-run securities (still tight). While all of these indicators had blown out during the crisis, they are back to normal ranges now.President Dudley’s speech focused on both US Treasury and Corporate bond liquidity.

There is, of course, another side to this — that the evaporation of liquidity is a bad thing for the markets and may pose a threat to financial stability. Comments from the panel after President Dudley’s speech painted a very different picture about liquidity. We will look at that perspective in a post later this week. This post focuses on the Fed’s point of view.

It always pays to first define liquidity and liquidity risk. President Dudley did it this way:

“…I would define liquidity as the cost—both in expense and in time—of buying or selling an asset for cash.  This would incorporate any direct transaction expense, such as fees or brokerage costs, the price the transaction was executed at relative to the midpoint of bid-ask spreads, how much—if at all—the size of the transaction moved market prices, and the immediacy or speediness with which the transaction could be completed…”

“…Liquidity risk is the risk that liquidity might be impaired in the future when one wants to buy or sell an asset.  If liquidity risk is high, this means that there is a substantial risk that the price received could be at a greater concession to the prior trade than anticipated…”

For the US Treasury market, the conclusion was that liquidity had not deteriorated appreciably.

“…we do not find much evidence based on available measures consistent with a significant deterioration in liquidity.  For example, quoted bid-ask spreads, after widening sharply during the financial crisis, subsequently narrowed and have remained stable at pre-crisis levels since 2010….Other measures paint a more mixed picture.  While order book depth is appreciably lower now than in 2012 and 2013, it is much higher than during the financial crisis, and does not appear to be unusually low by historical standards… Similarly, the price impact of trades appears to have risen a bit since the October 15 flash rally indicating some deterioration of liquidity, but is still not high relative to its longer-run experience…Average trade sizes have followed a similar pattern to the order book depth and have recently declined somewhat…”

On corporate bond liquidity, the disaggregated data on dealer balance sheets only goes back to April 2013. Corporate bond holding, according to Dudley, were fairly stable in investment grade paper, but much lower in high yield (indicating a reduction in liquidity). As we mentioned earlier, other liquidity indicators — bid/ask spread, average trade size, and price impact from a $1 mm trade — point to only modest losses of liquidity in corporate debt. Dudley also noted that on and off-the-run securities looked fairly priced. If markets were less liquid, that would not be the case.

Liquidity risk has gone up for US Treasuries.

President Dudley pointed out that in low risk assets like US Treasuries, it was the SLR — the leverage ratio — that would constrain dealer activity (including repo). For corporate bonds, risk weighted assets, the Volcker Rule and stress tests would likely be the controlling factors.But he did not stop there. In an argument we have heard before from regulators, President Dudley brought up high-frequency algorithmic trading as a reason for lower liquidity in US Treasuries. These high speed traders, who account for more than half of the trading volume, reduce profitability for the big broker-dealers, making the business less attractive. High speed traders transact in smaller size, hence the reduction in average trade, but this does not necessarily mean the market is less liquid. And the involvement of high frequency trading in flash crashes (or flash rallies) wasn’t left out.

Even if regulation did cause liquidity to fall, Dudley suggested that it was a price worth paying in terms of financial system stability.

“…Even if one were to read the evidence as supporting the notion that liquidity has become somewhat more costly, this does not imply that we should simply unwind recent regulatory requirements.  First, as I discussed, there are non-regulatory factors that could be more important factors.  Second, even if a connection could be made to regulatory causes, the costs of any reduction in liquidity or increase in liquidity risk might be low relative to the benefits of the regulations…”

One thing that stuck out was the data source for the information on the US Treasury market. It was all dealer-to-dealer. Dealer-to-client information may be hard to come by, but that is the side of things that really matter. From the speech:

As part of a full court press from the Fed on market liquidity, they have launched another multi-part series on liquidity in their Liberty Street Economics blog. In the Oct. 5th post, “Has U.S. Corporate Bond Market Liquidity Deteriorated?”, the authors did the same exercise done in the LSE’s August 17th post “Has U.S. Treasury Market Liquidity Deteriorated?”. The conclusions mimicked those from that post and President Dudley’s speech. It was a “nothing to see, please move along” kind of narrative. From the post:

“…the price-based liquidity measures—bid-ask spreads and price impact—are very low by historical standards, indicating ample liquidity in corporate bond markets. This is a remarkable finding, given that dealer ownership of corporate bonds has declined markedly as dealers have shifted from a “principal” to an “agency” model of trading. These findings suggest a shift in market structure, in which liquidity provision is not exclusively provided by dealers but also by other market participants, including hedge funds and high-frequency-trading firms…”

It is a good thing that liquidity is receiving so much attention from the Fed. But backward looking analysis on liquidity isn’t that useful. The problem for the sell side is all about liquidity risk and if they can sell when they need to.

Reporters Alloway, Burne and McCormick take to Twitter about repo.
17 Jun 2015
No Comments
In a major industry move, EquiLend buys AQS – here's what it means for market participants and competitors (Premium)
1 Aug 2016
No Comments
Custodians really are making the transition to “technology as a service” providers (Premium)
13 Feb 2018
No Comments